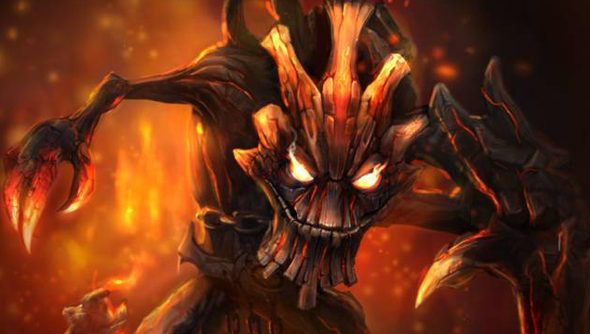 Today League of Legends takes its biggest step yet towards becoming an organised Esport, with the announcement of developer Riot Games’ own Championship Series – a professional gaming league, supporting teams from Europe, Asia and the US. There’ll be season matches played weekly, streamed and available to watch globally for free.

“Talking to players around the world, they repeatedly asked if we could kick League of Legends eSports into higher gear,” said Brandon Beck, co-founder and CEO of Riot Games.

That means the very best teams – the top eight from Europe and North American respectively, plus an unspecified number of the best from Asia – and enough money in the coffers for salaries and serious prize money for Championship teams. Riot’s stated aim is to make League of Legends a “sustainable career choice” for professionals. Blimey.

The regular season will see several matches played per week, culminating in regional playoffs and a World Championship to determine the world’s best team.

The top three teams from both this month’s European Season Two Regionals at Gamescom, and the equivalents at PAX Prime in the US, will pre-qualify for next season’s Championship Series.

All of this should mean that last month’s blow for LoL – passed up by the 2012 Electronic Sports World Cup in favour of Dota 2 – wasn’t so harsh after all. Though Riot Games have made clear that they’ll continue to support the Challenger Circuilt. Says Dustin Beck, Riot’s president of Esports: “IEM, MLG and IPL are invaluable partners, and we’ll continue to work closely with each of them in Season 3 as they foster the next generation of League of Legends competitors.”