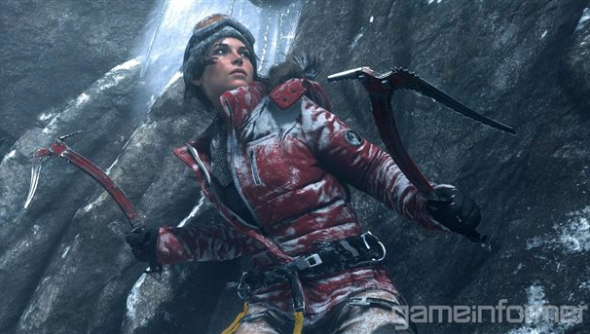 After being plunged to hell and back on the island of Yamatai, Lara Croft has decided to take a trip to somewhere more relaxing for her second outing in the rebooted Tomb Raider series. She’s off to Siberia; that chilly region so well known for providing tourists with a real sense of serenity.

Revealed in GameInformer, Lara’s new quest is to discover the secrets behind immortality. Her adventure will take her into larger puzzle tombs, provide her with new crafting opportunities, and take her face to face with a secret society of nasties who have been lying in wait since the first game.

Never mind those guys, though. Lara’s going to fight a bear in this game. Or perhaps bears. Multiple grizzlies. It’s not a Tomb Raider game without some vicious animals to fight, and short of a T-Rex rampaging through the woods, a bear seems a pretty great adversary.

Rise of the Tomb Raider still doesn’t have a PC release date, but will be popping up on the Xboxes this winter.