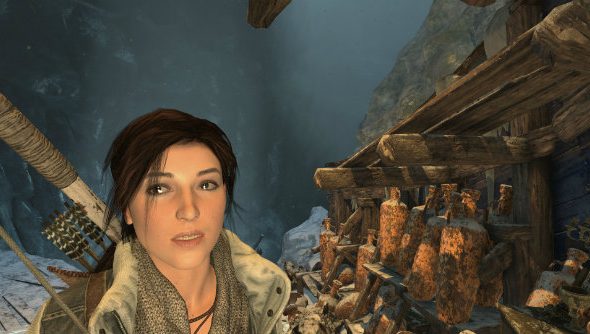 The new Tomb Raider film is planned to be an origin story, similar to 2013’s videogame featuring the muddy, bloody and bruised heroine.

Lara Croft’s most recent adventure made it into out list of PC’s best looking games.

In an interview with IGN, Norwegian filmmaker and Tomb Raider director Roar Uthaug praised the characterisation in Crystal Dynamics’ attempt at a Lara origin story, saying that he wants to inject a similar personality into the heroine.

“I think making Lara Croft feel like a real human being, that’s definitely something we want to bring to the big screen as well,” he said. “I think we’ll want to make people relate to Lara as a character. I’m hoping to bring some of my Norwegian sensibilities to the franchise.”

When speaking of making an action adventure film, Uthaug told IGN that it’s always been a dream of his to work on a film in the genre because Indiana Jones: Raiders of the Lost Ark was one of his favourite films growing up. “I think we’ll want to make it feel like a modern action movie and to make what’s going on feel like it’s going on for real,” he concluded.

Whatever happens, it can’t be any worse than the two Angelina Jolie-led Tomb Raider films we already have. Can it?