Sequels are a funny business. Some game developers stick so closely to the formula that proved successful last time that they end up creating the same game again. Others attempt to blow minds by creating something truly different, only to create a failure that does nothing to evoke the feelings of its predecessor.

Rise of the Tomb Raider avoids the sins of repetition and unattainable ambitions, as well as a handful more. It’s a brilliant sequel because takes everything you like about the first game and hones and improves them, then adds new features that logically fit into its framework. The end result is a game that feels familiar and comfortable, yet excites with a myriad of new elements. It’s a truly great follow-up, with confidence that reminds me of Assassin’s Creed 2 and Call of Duty 2.

Sin one: playing it safe 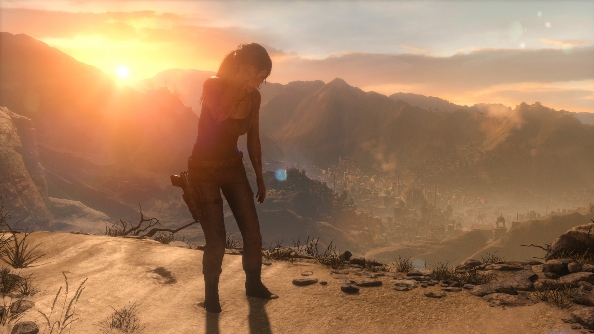 2013’s Tomb Raider was exceptionally cinematic in scope, with long stretches of heavily choreographed excitement that kept you running forward into ever-increasing danger. A straight repeat of that formula just wouldn’t carry the same frights and thrills. Rise of the Tomb Raider still has those roller coasters, but strives for the larger ambition of giving you locations to genuinely explore. Coming in the form of open hub worlds, these areas are filled with activities to coax out your inner archaeologist.

There’s artifacts to be dug up and studied, and ancient runes to be deciphered. The more Lara investigates, the more proficient in lost languages she becomes, enabling you to translate monoliths and murals.

Beyond collectables, there’s the land to scavenge for materials. Break down trees, steal feathers from bird nests, and hunt down animals to relieve them of their pelts. They’re all ingredients required for the simple but extensive crafting system. Rise looks to survival games when it comes to its item creation, although thankfully is far less obtuse than that genre.

And of course, when you’ve stripped the worlds clean of collectables, there’s those little things in the title… 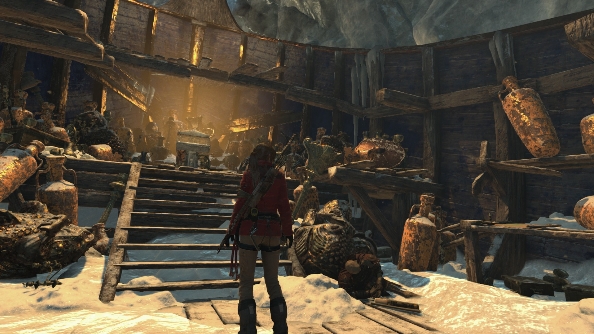 The Tomb Raider games describe themselves with their title: they’re about raiding tombs. Unfortunately the reboot’s tombs were barely mausoleums at best: tiny areas with a basic puzzle to unlock a chest that, if you were lucky, had a weapon upgrade in it. Rise of the Tomb Raider takes the idea of physics conundrums and runs a marathon with them.

No longer just caves gilted with gold, you’ll be heading into genuine ancient wonders: machines from ages gone by, cisterns for a lost city, and sacrificial chambers. They’re as incredible to explore as they are to solve.

While the first game’s crypts required a little thought, here they demand a notably heavier brain workout, just like in the Tomb Raiders we played a decade ago. Physics degree-level they’re not, but the puzzles are made up of many more components this time, demanding more manipulation of timing and cause-and-effect..

Each of Rise’s nine tombs provides a special elite skill that makes Lara a more proficient adventurer or fighter. It’s a nice touch that means whatever you find won’t eventually be overshadowed by better loot, and also emphasises Lara’s goal of learning more about the ancient world. 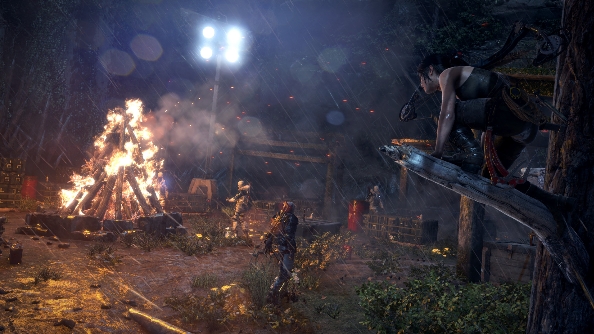 Tomb Raider’s combat was pretty good: fast and fluid, it’s brutal, survival-like nature made it memorable among a gallery of other third-person action games. It’s a system that could have been left alone, but thankfully Crystal Dynamics knew better than that.

This time around there’s more demand of you to make informed choices about your weapons. Once again Lara can craft and enhance weapons, but rather than them continuing to get increasingly more unstoppable, guns are offered in three various forms with their own strengths and weaknesses.

With bows, for example, you could take the incredibly powerful, long-range Compound Bow. But if you’re going to be stuck in smaller areas with plenty of enemies, the much faster draw time on the Recurve Bow is likely more important than the extra damage. It’s an armoury that forces you to reconsider your equipment with each new scenario.

Newly improved in Rise is the ability to take a quieter approach to situations. As Lara enters an area she crouches and will lean into cover as you brush past it. Bushes can conceal her from view, and the ability to climb trees means she can use height to hide from her enemies. It’s a game that impossible to finish without killing a nation’s-worth of jackboots, but there are certainly areas you can bypass by being a bit of a sneak. 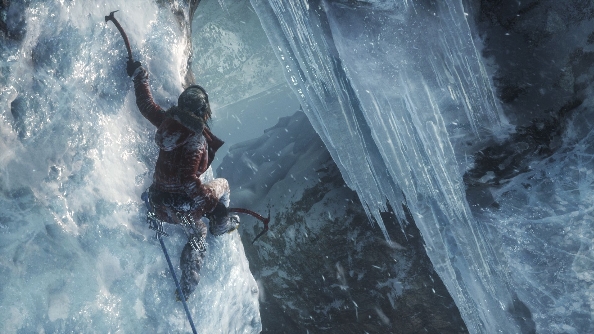 Frequently third-person action games forget to vary the very basics: look how many times Assassin’s Creed forced you to climb buildings in the exact same manner before introducing the grappling hook. Rise of the Tomb Raider keeps everything in shape, but hones your adventure with new toys to bring variety to standard platforming work.

The extended reach provided by the grapple hook is the real prize: who doesn’t want to precariously swing around a cliff-edge on a flimsy rope? The way that Rise threads together the use of items – running, leaping into a grapple swing, and then rope-launching a zipline – in quick succession makes the game’s dramatic sequences exhilarating.

Getting around the game’s environments feels smooth and natural thanks to subtle signposting that’s certainly improved since Lara’s last adventure. It’s not that the game keeping pointing with bright red arrows telling you to go THIS way, but the use of textures and decals that explain how this specific area of the world can be interacted with. With just a few hours under your belt, rather than stumbling off surfaces and diving in the wrong direction, you’ll be swinging through it as if rock climbing is your primary nature. 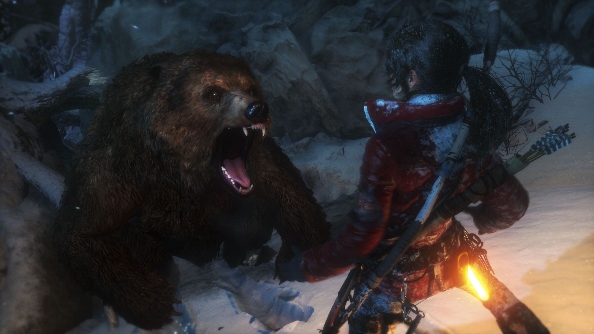 Some games are stuck in their genre cells, quite content to live within the lines and by the rules. The best games learn from other genres, and Rise of the Tomb Raider looks to RPGs for influence. It works so well here as Lara is a woman continually growing in both knowledge and skills: something experience systems reflect well. While the first game had basic levelling, Rise adds in side quests, and demands more thought when it comes to upgrades.

NPCs litter the hub words asking favours of you, be that killing some wildlife that proving particularly troublesome in the area, sabotaging enemy communications, or a variety of other smaller tasks. In return, non-essential gear like the very handy lockpick can be earnt. It’s nice to see extra content being added in that’s simply not just a new set of collectables.

With weapons crafting, there’s more options than you can count. Will you add a strengthened bow string, or polish that receiver for increased fire rate on your rifle? They’re decisions made harder thanks to crafting no longer being on a single currency: if both upgrades require rare materials, you’d better choose wisely, as it may be a while before you can stock up again.