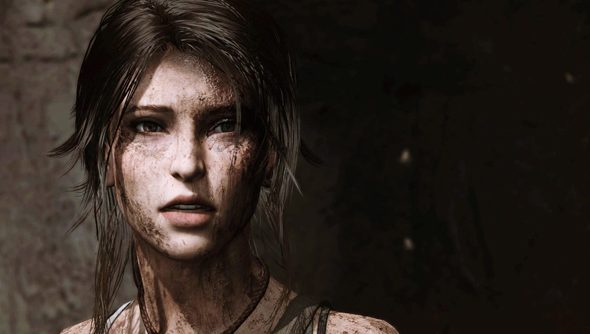 Microsoft have just begun a live reading of their catalogue of Xbox games at Gamescom. Unfortunately, the first name mentioned was Rise of the Tomb Raider. Yup: the sequel to Crystal Dynamics’ excellent Tomb Raider reboot will be exclusive to Xbox One at release.

“This doesn’t mean that we’re walking away from our fans who only play on PlayStation or on PC,” said Crystal Dynamics’ Darrell Gallagher. “Those are great systems, with great partners, and amazing communities. We have Lara Croft and the Temple of Osiris coming to those platforms this December.”

Rise of the Tomb Raider will see Lara “explore huge areas” and “conquer” actual tombs, said Gallagher from the Gamescom stage. It’ll feature the “best combat” of the series, and “bigger, better, more challenging” encounters. And it’ll be released before Christmas in 2015 – but only on the Xbox.

“Blockbuster games need big partners,” said Gallagher. “We’ve had some great support from Microsoft, and we’re excited to take our partnership to new levels with Rise of the Tomb Raider, coming 2015 exclusively to Xbox.”

Nobody onstage used the word “timed” or “console” when they said “exclusive” – and a follow-up statement on the Tomb Raider Tumblr seems to confirm the worst.

“I’d like to give you some insight into this decision, and why we feel this is the very best thing for the Tomb Raider sequel we’re creating at the studio,” wrote Gallagher.

“We know [Microsoft] will get behind this game more than any support we have had from them in the past – we believe this will be a step to really forging the Tomb Raider brand as one of the biggest in gaming, with the help, belief and backing of a major partner.”

Gallagher acknowledges there’ll be “concerns”, and encourages fans to get in touch. But I imagine this is a corporate decision Crystal Dynamics are going to enjoy defending about as much as we’ll enjoy railing against it.

Fewer people will play the next Tomb Raider, and that’s unequivocally rubbish. Isn’t it?