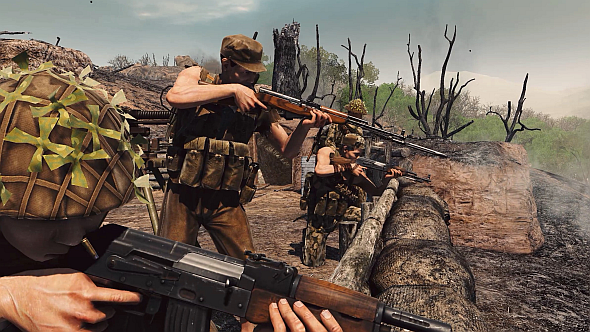 What with the 20th century making a sudden comeback in shooters of late, there’s a major conflict that’s been overlooked: Vietnam. That’s set to be remedied sometime in the next few months with Rising Storm 2: Vietnam, and though we still don’t have an exact release date, we now know the system requirements, and the various editions on offer.

Besides the usual in-game Stuff (six various hats and cosmetics), pre-purchasing will also allow you to join a closed beta weekend just before launch. Here are the system requirements:

The original Rising Storm was a cult success. The sequel will be a hardcore tactical multiplayer FPS, aiming to be “a brutal, authentic recreation of the Vietnam War”. Accordingly, you can fight for the Vietnamese resistance or the US military.

Check out the announcement on Steam here, or for more details and screens, you can take a look at the game’s main Steam page.