After a few months spent fermenting away in early access Risk of Rain 2 has finally turned 1.0. And along with dozens of new items, enemies, and environments, there’s a brand new character to unlock. The Captain is the 10th Risk of Rain 2 survivor to land on the roster, and you will need to complete the new ending to unlock them.

This takes place in the Moon, the new world added in the 1.0 release. It’s a peculiar level that can get a bit tricky by the end, facing you against a boss that feels completely different to the ones we have met before. This guide covers everything you need to know to survive the fight with Mithrix and obtain the Captain as soon as possible, as well as how to unlock their secondary abilities.

This is rather straightforward. In order to get to this new area in Risk of Rain 2, you first need to get to the fifth realm, Sky Meadow. Instead of a regular teleporter you will see the Primordial Teleporter. Activating it will trigger a regular boss fight, and once you’re done the next destination will be guaranteed to be the Moon. 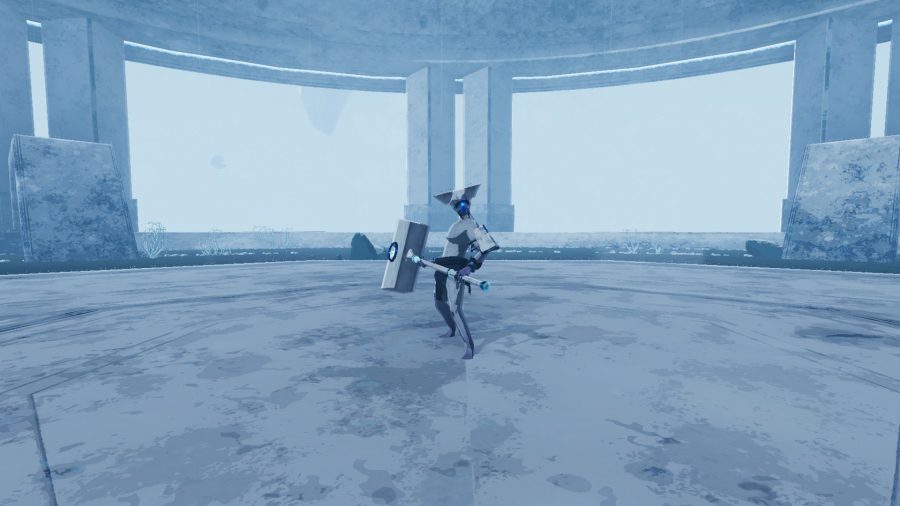 In the new realm, you’ll find new enemies that can put up a good fight, such as big sentinels that look like they have marched straight out of a Metal Gear Solid game. Then, you’ll see a long bridge that you need to cross. It can be a slow walk but don’t let your guard down since there will be enemies dotted around.

An important note: at the time of writing, there’s a bug that happens in the shop on the left side of the bridge. It’s shaped like an island with a structure on top, far away from the main road. It’s easy to get there, but the problem is that it’s really hard to return to if you don’t have a flying ability or enough items to gain height or speed to jump back across. We recommend avoiding it for the time being unless you are absolutely sure that you have the mobility to return. Keep in mind that if you fall down near the spot or as you’re trying to escape, it will automatically respawn you there instead of the main road, and that’s where the big catch is.

Just keep moving across the structures and you will find yourself in front of blue jump pads. These will take you to the arena where the new boss, Mithrix, awaits. 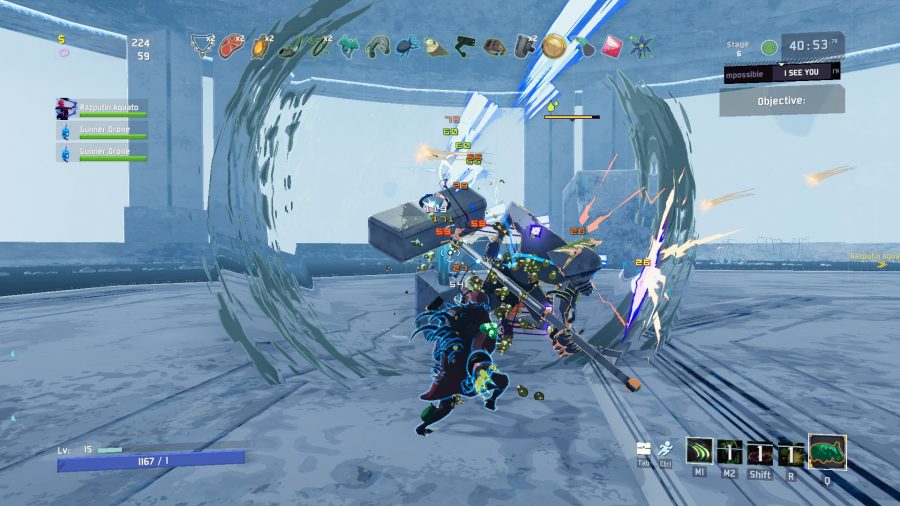 If you have been playing Risk of Rain 2 during early access, then you can forget everything you know from previous boss fights. Mithrix’s move set and attacks are akin to an encounter from Sekiro or Dark Souls. This boss wields a two-handed hammer and is incredibly fast. There are a total of 4 phases, but these will depend on how strong you and your teammates are.

The fight begins with Mithrix waving the hammer in the air. There’s a couple of attacks you should keep in mind, such as a big strike to the ground, rapid, consecutive hits, and the most challenging one where Mithrix jumps into the air and stomps on the floor, creating a force wave that also deals damage. The best approach, depending on your character, is to try and stay away from the boss for as long as possible, as most of the attacks are melee based, and dish out ranged. Whenever they do the big stomp, move away from the main arena and prepare to jump once they land, so you can dodge the force wave. 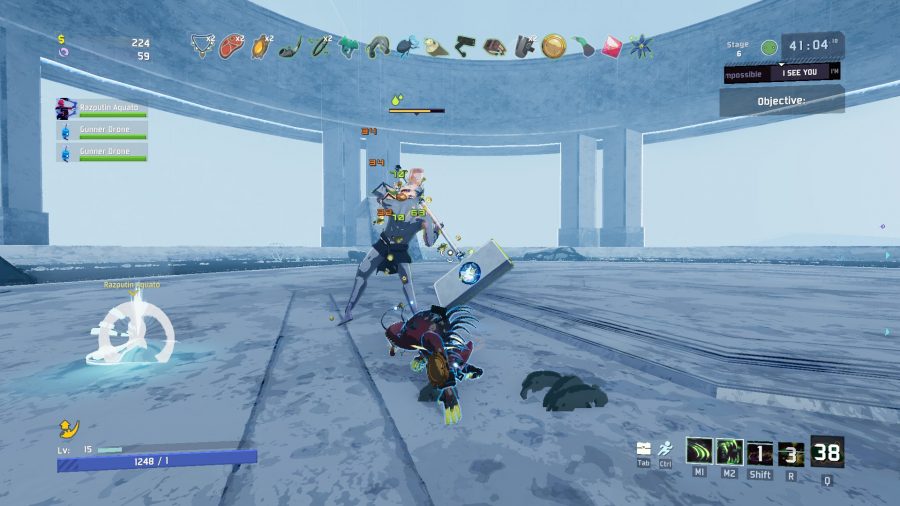 As for the second phase, there’s only a couple of enemies here, and it’s more of an intermission than anything. The third phase will see Mithrix re-enter the fight, as well as some additional mobs. The attacks are rather similar, but they all have added area damage, meaning that some attacks will cause more frequent force waves or literal walls around the arena, forcing you to stay in the air as much as possible.

The fourth and final phase has a rather weakened Mithrix stealing all of your items. But don’t worry, the attacks aren’t as powerful as in previous phases. They are mostly ranged, including projectiles and orbs, as well as ground slams when you get too close. As soon as you start causing damage your items will return, so by this instance you should be fine. During our run we had so many items that we caused enough damage to skip this phase entirely, so that’s something to keep in mind as well.

There is one more step. As soon as Mithrix has fallen, get ready to sprint back all the way back to the starting point. You have exactly four minutes to do so, displayed by a countdown on the screen, before the Moon is destroyed. There will be explosions on the path as well as enemies, but just ignore them as much as you can. Focus on not falling down to the abyss as much as dodging bombs. 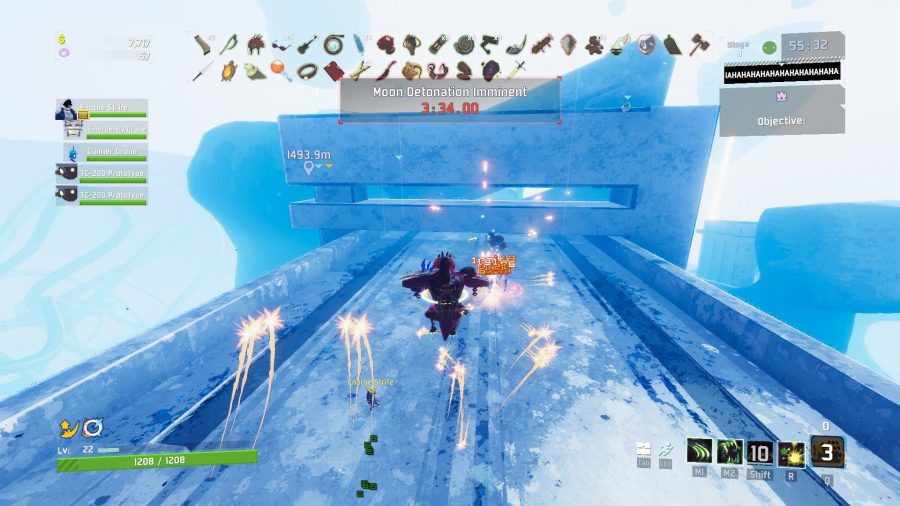 Once you’re close to the beginning area, you’ll see a ship waiting for you. Interact with it and escape safely. Now sit back, enjoy the cutscene, and Risk of Rain 2 will be over. As soon as you’re back in the lobby, you will unlock the “Washed Away” achievement, and with it the Captain character.

The Captain: abilities and how to unlock secondary skills

This new character is really worth your time. Their primary weapon has two types of fire: it works as a rifle if you hold on the attack button, or as a shotgun if you just press it. Here’s the full rundown of the Captain’s abilities:

Defensive Microbots: Passively gain Microbots that shoot down nearby enemy projectiles. Drones are also given Microbots.

Vulcan Shotgun: Fire a blast of pellets that deal 8×120 damage. Charging the attack narrows the spread. 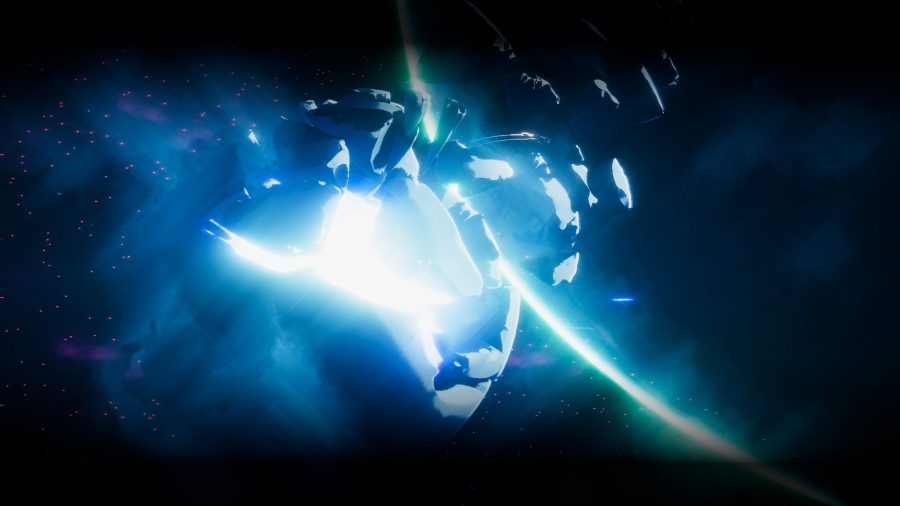 In addition, there’s two Misc abilities, each with three variants, as well as an alternative skin for the character. Here’s what they do and how to unlock them all:

Beacon – Healing (by default in both slots): Heal all nearby allies for 10% of their maximum health every second.

Beacon – Shocking (by default for both slots): Periodically shock all nearby enemies, immobilizing them.

Beacon – Resupply (obtained by visiting 10 different realms on a single run): Recharge equipment on use.

Beacon – Hacking (obtained by purchasing the TC-280 Prototype drone in Rallypoint Delta): Hack all nearby purchasables to a cost of $0.

As for the skin, you will only need to beat the game again or obliterate yourself at Monsoon as the Captain.

And that’s the Captain done! That time limit is way more stressful than the Risk of Rain 2 Abandoned Aqueduct. If you’re finally jumping into the game for the first time then you might want to know all about Risk of Rain Artifacts.