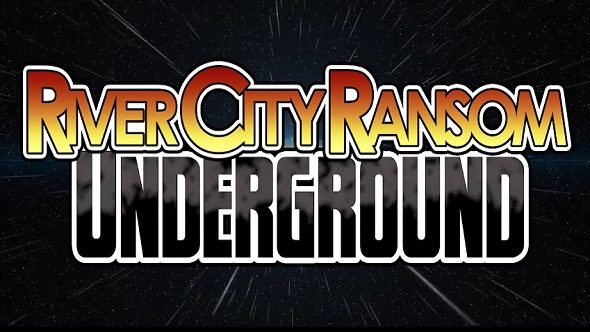 First Double Dragon and now River City Ransom. It’s quite the time to be a fan of old school co-op beat ‘em ups, as Conatus Creative are releasing River City Ransom: Underground on February 27. Licensed by Arc System Works and successfully funded through Kickstarter, this modern sequel to the classic NES brawler sees best friends Alex and Ryan returning to the streets of River City to bust some heads and foil a local kidnapping plot.

For more collaborative fun, check out these other great co-op PC games.

Unlike the original, River City Ransom: Underground has players free roaming round River City, exploring its streets discovering secrets and duffing any hooligans that get in your way. While Alex and Ryan return, there are a whole host of new street fighters to play as, including the brutal boxer Paul, the guitar wielding Glen and the breakdancer Provie. Fans of old school fighting games and beat ‘em ups should recognise some of the moves on display in the launch trailer, with Conatus Creative taking healthy inspiration from the likes of Street Fighter, Fatal Fury, Final Fight and more to create their cast of brawlers.

The sprite work and animation in River City Ransom: Underground is absolutely phenomenal, with characters flowing from one attack to the next in a ballet of punches and kicks. There are extra moves to unlock for each fighter, with dozens of weapons to use in battle against the ne’er-do-wells of River City.

While running through ruffians is all well and good by yourself, River City Ransom: Underground fully supports both local and online co-op for up to four players. There is even a special arena combat mode, where players can decide teams, select computer partners and even select modifiers for matches. This too can be played both in local and online multiplayer, so expect some street fighters taking on all comers in the arena.

River City Ransom: Underground launches for PC and Mac on February 27, with a Linux release coming shortly after. It will be on sale on Steam for 20% off during launch week, going for $15.99 before going up to $19.99 after this initial sale.