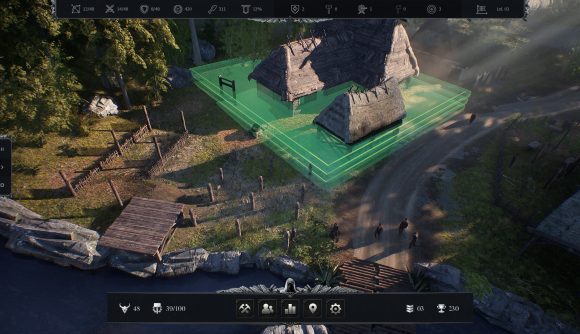 We’re reaching the end of Steam Next Fest, which means your fellow PC gamers have had the chance to see what’s good – and judging by what’s been topping the charts, it looks like Robin Hood: Sherwood Builders is the surprise hit of the event. It’s proven to be a winning combination of RPG games, survival games, and city-building games.

The early bits of the demo play out pretty much like any modern survival adventure – gather some food and resources, and craft your way to new tools. But pretty soon, you’ll be putting those resources into a central coffer for your village, then asking your villagers to put together new buildings to expand the settlement.

Eventually, you’ll start recruiting new residents, and you can streamline your way past the traditional survival mechanics by robbing convoys for resources. All along the way, you’re guided by a dialogue-heavy series of quests featuring characters from the Robin Hood mythos.

The demo is available now on Steam if you want to play it for yourself. Steam Next Fest concludes on October 7, so you might want to hurry if you’re looking for an early taste.

It’s clearly been an effective demo, as the game is cemented at the top of the festival’s trending tab, and is among the most-wishlisted games of the event.