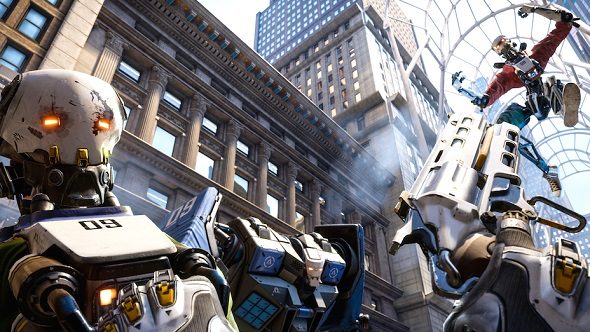 Following its massive Unreal Engine presentation at GDC 2017, Epic Games has announced that its new VR editor for Unreal 4 is set to launch on April 17. This editor is designed specifically for creating VR worlds, allowing designers to use the full creation toolset of Unreal 4 while wearing a VR headset.

Speaking to UploadVR, Epic Games technical director Mike Fricker stated that this new VR editor allows designers to create worlds with a proper sense of scale, now that they can physically place themselves within a world to check everything looks correct. The use of motion controllers is great for non-designers too, as they can now “build environments with natural motions and interactions.”

The VR editor was informed by many of the design pointers from the development team at Epic working on the VR game Robo Recall. The team helped point out “little power user features like the ability to snap objects right to the ground instantly,” so designers can stay in the VR editor for longer.

There are a number of user safeguards in place to stop people getting motion sickness though. Lauren Ridge, a tools programmer at Epic Games, stated that you “can’t tip yourself over” while in the editor and you can only rotate in one direction to stop players getting dizzy. According to Ridge, not a single designer at Epic has ever got sick while using the VR editor, but the safeguards still need to be in place for those who do experience motion sickness.

Epic has also partnered with Pixar with Unreal Engine 4, making it so that both the standard engine and the VR editor are compatible with the animation studio’s Universal Scene Description graphics pipeline. “USD is a pretty big deal to the film industry and other non-gaming uses, but it has some special powers that make it equally awesome for games too,” said Fricker when discussing the partnership between both studios.