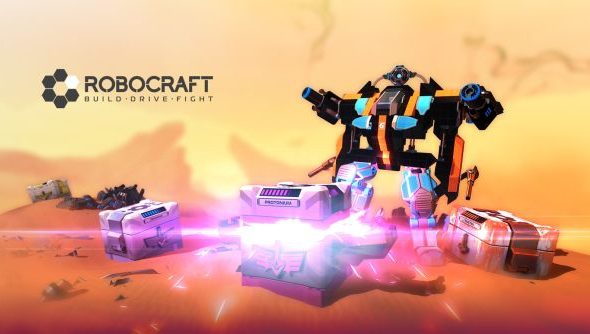 Robocraft’s been pottering about in Early Access for a couple of years now, taking the basic PvP and F2P setup of World of Tanks and porting it to a sci-fi world of Lego-block vehicles you custom design yourself. They can float, they can walk, most of all they can blow each other up with high-powered laser cannons, plasma guns and mixed projectiles. The latest update, Epic Loot, is improving the rewards for that with crates that drop random assortments of weapons and other items to strap to your deathmobile. It’s coming out later today.

Looking for something new? Here’s the best free PC games you can play right this moment.

Here’s the highlights of what’s inside the update:

In addition, Freejam are pitching this as one of the last updates as the game moves towards final release. The progression system and massive overhaul of weapons are now in a near-final state, and they’re hoping to enter beta soon and leave Early Access before the end of the year.

It’s going live later today, and there’s some more info available over on the Robocraft site.