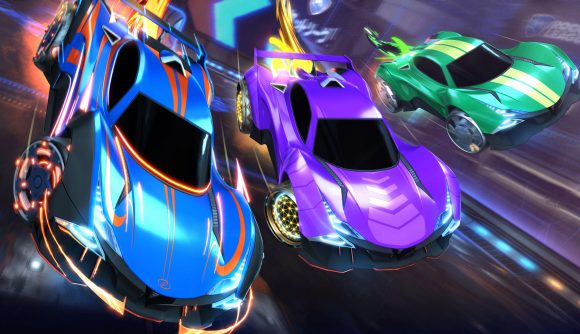 Earlier this week, trade and lobby group the Entertainment Software Association hosted a Rocket League tournament for members of the United State Congress. The games were broadcast on Twitch, which gave the whole world a chance to make the shocking discovery that many politicians are not great at videogames. (Hey, at least it’s better than the relatively recent White House meeting on violent games.)

The ESA was there to showcase esports and gaming communities to the Future Forum caucus. The caucus – all Democrats – is focused on issues concerning millennials, and was represented here by Reps. Hakeem Jeffries of New York, Stephanie Murphy of Florida, Katie Hill of California, Marc Veasey of Texas, and Jimmy Gomez of California.

The Twitch broadcast of the tournament even included pro commentary, which might honestly be more than the event deserved. It’s not really clear who won the tournament, but the real point here was the ESA’s attempt to build up a solid relationship with Congress – perhaps in an effort to get ahead of things like loot box legislation.

There were some choice quotes in the post-match interviews, as The Verge highlights. After a disappointing outing, Hill offers “Next time, we could do a first-person shooter. That’s more my thing.” Veasey took the opportunity to note how many GameStops are in his district.

You can go to Twitch if you want to watch it all for yourself.