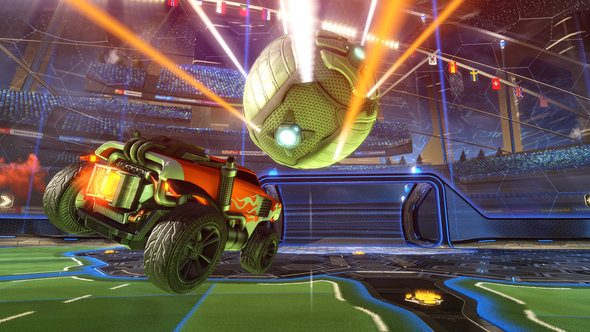 Rocket League developers Psyonix are partnering with Chinese publishing giant Tencent to create a new version of the car-football game specifically for the large Chinese market. It will be different to the version you can play over here, as it’s gonna be free-to-play.

Check our list of the best free PC games for some gratis games to play over here.

As GIBiz report, Tencent announced the deal during a recent press conference. The game will be funded via in-game microtransactions, possibly the cosmetics you can unlock in-game in the Western version.

The Chinese market is absolutely huge, and the game’s inclusion as a freebie on PlayStation Plus certainly didn’t hurt its popularity, so it’s a savvy move, particularly for a title that’s making waves in the esports scene.

No doubt Tencent have some plans in that respect, being the owners of Riot Games. They certainly have the weight to follow through, too.

There’s no word on release date just yet.