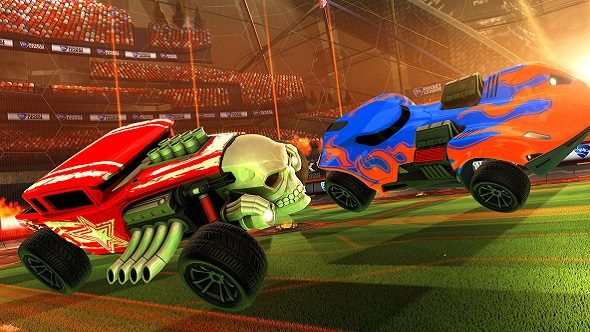 Two Hot Wheels cars have been added to Rocket League as premium DLC in an update today. If you’re willing to spend $1.99, you can zoom around the game’s sci-fi tracks in the Twin Mill III and the Bone Shaker.

Check out our list of the best multiplayer games for more online action.

As a free bonus, players can unlock a Hot Wheels topper and antenna for free. There’s also a Treasure Hunt flag, a Shark Bite topper, and a Player’s Choice crate filled with community-voted customisation items.