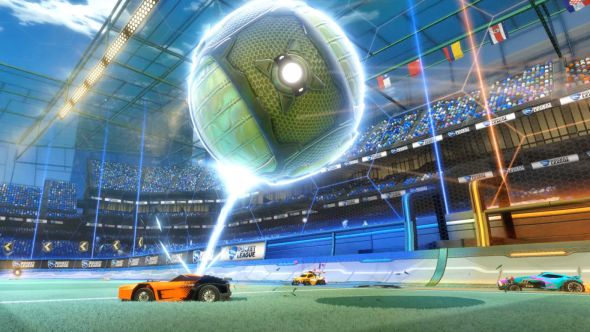 Ah yes, this is what the hyper-competitive, easy to learn, impossible to master mash-up of automobiles, physics and football needed – powerups. Rocket League Rumble adds fully eleven new ways to violently alter the progress of a match, from giant comedy fists to entire tornados.

If you prefer your driving more sedate, here’s a list of excellent racing games just for you.

Each match of Rocket League Rumble will start you with a random power-up, selected from this list:

It looks completely silly and totally fun, and will be available via separate playlists or in private matches come release with the next big Rocket League update in September. Normal ranked play will also still be available, of course, this being part of the gameplay-altering series that also brought basketball mode Hoops.