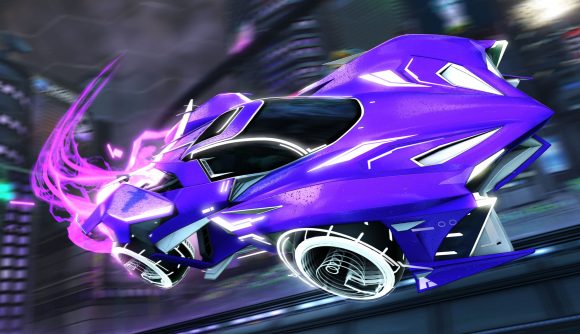 Rocket League‘s servers are going down for “scheduled maintenance” later today, developer Psyonix has announced. The downtime begins on Wednesday, August 12 at 20:00 PT / 23:00 ET – that’s 04:00 BST on Thursday, August 13, for those in the UK or Europe.

The downtime will last “up to one hour”, during which access to competitive playlists will be unavailable. Psyonix did not say what, if anything, would change after the downtime.

Rocket League is going free-to-play with its next update, though we don’t yet know when that will land. So far, Psyonix has only stated that it would be at some point this year, when cross-platform progression will also be introduced. In a recent blog post, the company shared more information on how that system will work, including the linking of different platform accounts and which items are shared across platforms – and which are not.

PSA: Scheduled maintenance will take place on Wednesday, August 12 at 8pm PDT (3am UTC on August 4). Access to Competitive Playlists will be unavailable for up to one hour.

It’s worth noting that Rocket League will disappear from the Steam store when it launches for free on Epic – but existing owners will be able to carry on playing using Valve’s platform.

If you want to get some practice in so you’re ready for the influx of new players, our Rocket League tips may point you in the right direction.