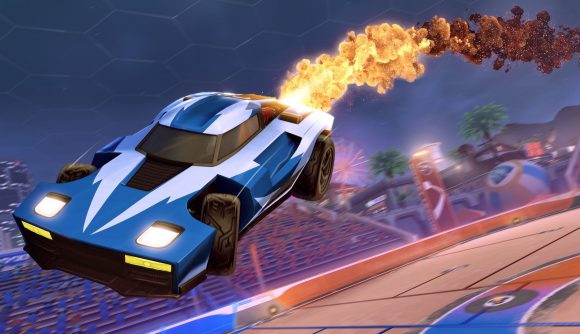 If you have any plans to play Rocket League on Steam but don’t have it bought, then you better get moving. The indie game will no longer be available to purchase on Steam once Rocket League’s free-to-play update drops later this year. While the option for new players to get it through Valve’s platform will be gone, however, the game will still benefit from full support for future updates and features.

The move coincides with the soon to be free game launching on the Epic Store. We knew that was on the cards since the Fortnite developer purchased Rocket League developer Psyonix last year, but what would happen to the game on Steam was uncertain. A press release had implied you wouldn’t be able to buy it on Steam once it launched on Epic, but a clarification issued to USgamer then explained that no plans to stop selling it on Steam had been revealed at that point.

The free-to-play update also includes significant changes to the tournaments and challenge systems, though we’ll have to wait until a later date to hear more about that. If you pick up Rocket League before the switch to free-to-play, you’ll be granted Legacy status, which comes with various cosmetics like the golden cosmos boost and dieci-oro wheels. If you’ve purchased the game before now, you’ll get the faded cosmos boost, too. The update will go live this summer, but we don’t know exactly when.

Rocket League will no doubt receive a turbo boost – ahem – to its player count after it becomes free-to-download. As of March, the game set a new Rocket League concurrent player count record of around half a million users.

If you want to get some practice in so you’re ready for the influx of new players, though, then our Rocket League tips may point you in the right direction.