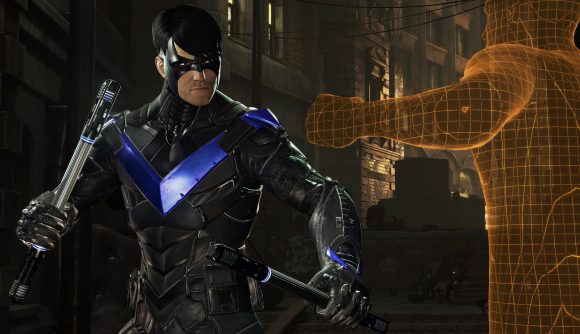 Batman: Arkham Knight developer Rocksteady has posted a raft of new job listings, signaling that the studio is ramping up on a new project. The jobs span the full spectrum of game development fields, including animation, programming, and community management.

The job listings mention a new triple-A game in the Rocksteady pipeline, but they don’t specify what property might be involved. Some of the positions available are for new permanent staff, but others are two-year contracts.

A ResetEra thread highlighted the Community Manager position, which is to be based in North London and is a temporary, two-year position to help promote “a highly anticipated upcoming AAA title.”

Another listing, for a Senior Environment Artist, is a “long term contract” for two years plus.

The listings say the new game will be designed for “next generation platforms” and use “industry leading” environments and art assets.
Since its founding in 2004, Rocksteady Studios has worked primarily on the Batman: Arkham franchise. Batman: Arkham VR was the last game the company released, launching for Windows and PlayStation 4 in 2016.

Some of the listings also mention that the game is being developed in partnership with Warner Bros. Interactive.

We’ve heard rumblings about something new in the works from Rocksteady before, when the studio tweeted a photo of a new motion-capture studio. Voice actor Troy Baker, who has lent his voice to several roles in the Arkham series, replied to the tweet with a popcorn gif.

Whatever Rocksteady is working on, it’s likely to show up some time in 2020.