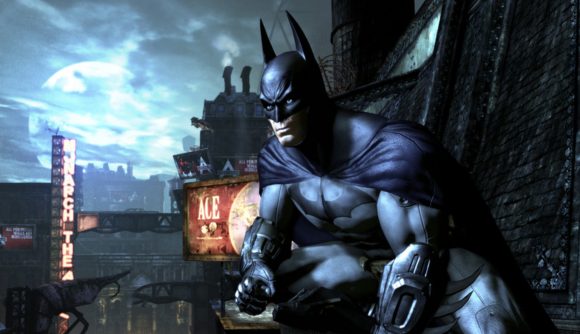 Batman: Arkham developer Rocksteady is not working on a Superman game. Game industry rumours have reached a fever pitch in the weeks leading up to The Game Awards, but that’s one we can squash in no uncertain terms. The studio’s next project is not about the Man of Steel, and it won’t be announced at the award show.

“Looking forward to The Game Awards this year,” Rocksteady co-founder Sefton Hill says on Twitter. “We’re still hard at work in our development bunker so don’t expect an announcement from Rocksteady. When it’s ready to show, you’ll be the first to know. Spoiler: it’s not Superman.”

Hill’s tweet references an oft-repeated rumour about the project – one that materialised in the ether of the internet without any apparent original source. Superman makes a certain amount of sense, as pivoting from the Dark Knight to Krypton’s last son would keep the studio in the DC Universe for a fresh take on a familiar setting. But those rumours were never substantiated, and today they’ve been proven to amount to nothing.

The next major rumour to address, then, is whether this will be a Justice League game. Alas, confirmation or denial of that one will have to come another day.

Looking forward to #TheGameAwards this year! We’re still hard at work in our development bunker so don’t expect an announcement from @Rocksteadygames. When it’s ready to show, you’ll be the first to know. Spoiler: it’s not Superman 😳

The Game Awards announcements this year will include a new Obsidian RPG, and signs strongly point toward an official reveal for a game called Alien: Blackout. The details remain unclear for now, but we will see a host of new titles unveiled at next week’s show. Just don’t expect Superman to make an appearance.