Heists present an ideal scenario for team-based videogames. On one side you’ve got your criminals, usually tasked with storming a bank and making off with bags of cash. On the other, law enforcement, banding together to bring the thieves down. It’s black and white, cops and robbers, us versus them. Rogue Heist, however, opts for a twist: rather than pitting good guys against bad, here everyone is vying control of the money – and only the strongest squad will take home the winnings.

Comparisons to crime spree series Payday are inevitable, but where those games focus on cooperative play, Rogue Heist is competitive. Here, two teams of six packing colourful masks and high-powered firearms clash on city streets, and the first to extract three packages wins. It’s a straightforward premise, but with plenty of hidden depth.

For instance, rather than simply kill your opponents then loot your objective, you have to hack encrypted safes and transport unstable packages, which is easier said than done with an enemy sniper prowling the rooftops. It takes careful planning and coordination, and a balanced team.

Speaking of which, snipers are only one of four classes you can pick from. Where watchful marksmen are key in communicating enemy positions to teammates, as well as making certain zones no-go areas with help from high-calibre bullets, the assault class is more boots-on-the-ground, engaging opponents up close. There’s also the hacker, who comes with equipment protecting the team from tech attacks. And finally there’s the support, who uses special weaponry to help the squad to victory. You can mix and match freely, but it helps to have a decent spread. Your team of six has to do the best with what they’ve got.

And so does Rogue Heist developer Lifelike Studios. Based out of Mumbai, India, this indie outfit opted to make its ambitious game in Unreal Engine 4 because it “provides all the tool sets you need as a developer to make a multiplayer game with stunning visuals,” according to co-founders Neha Hooda and Ashish Beuwria. “There are various high-level tools and software integrations that it provides right off the bat. Plus, it allows us to develop for multiple platforms, should we decide to take Rogue Heist to consoles or mobile.”

Most of the game is made using blueprint scripting only

Echoing comments we’ve heard throughout this series, the devs say one of UE4’s very best features are blueprints. “Blueprints are intuitive, and give that flexibility to all the designers, artists and animators to make changes to a certain part of the game without being dependent on the programmer. Most of the game is made using blueprint scripting only.”

This is just one of several UE4 features that enable smaller teams to break down an ambitious project like Rogue Heist into more manageable chunks – literally, in the case of its ability to create sub-levels. “We used this a lot as it allows multiple people to work on the same map, as it is subdivided into [smaller] maps containing the assets, lighting, and some level-specific code.” 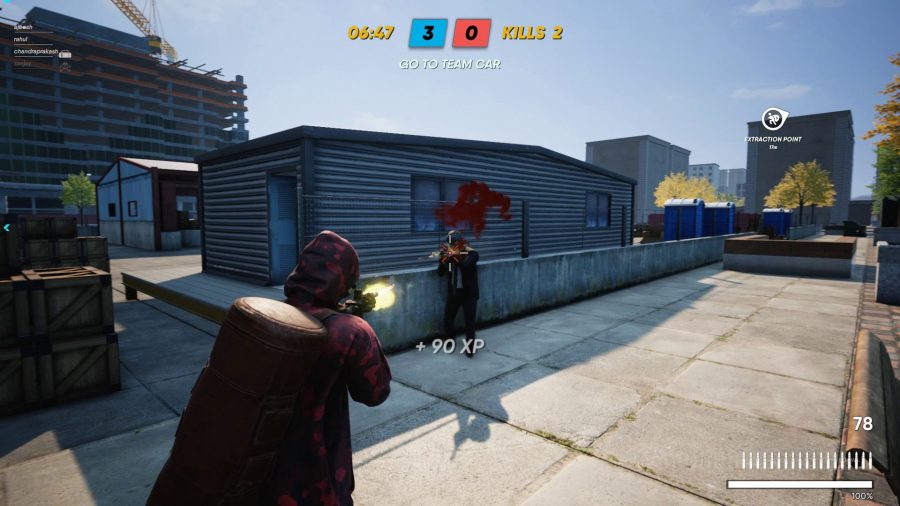 The relatively small size of Lifelike Studios led to more than a few challenges, but Unreal Engine 4 provided the solutions. “With only one animator in the team and no mocap system, we had to think of handy solutions to make all the key-frame animations,” Hooda and Beuwria explain. “With so many actions that we are allowing the player to perform in the game, along with all the different weapons and their functionality, we made a lot of use of animation layering in UE4 to minimise the effort of creating individual assets.”

The game didn’t always look like this. Lifelike set out to make a niche game that would appeal to a small but hopefully certain audience, so what would become Rogue Heist was originally a 1v1 long-distance sniper game called Sniper Battle. It was a far cry from the dynamic, player-driven drama into which it has morphed – and that was the problem.

“As we kept on developing, we came to an understanding that nothing in the world can compete with a real human-to-human interaction,” the devs tell us. “We started testing more players in each match, and came up with the idea of Rogue Heist. We still have that sniper-versus-sniper in there, with the sniper role being a key part of the overwatch of one’s team, but it’s not only part of the game.” Knowing what doesn’t work helps you find out what does. 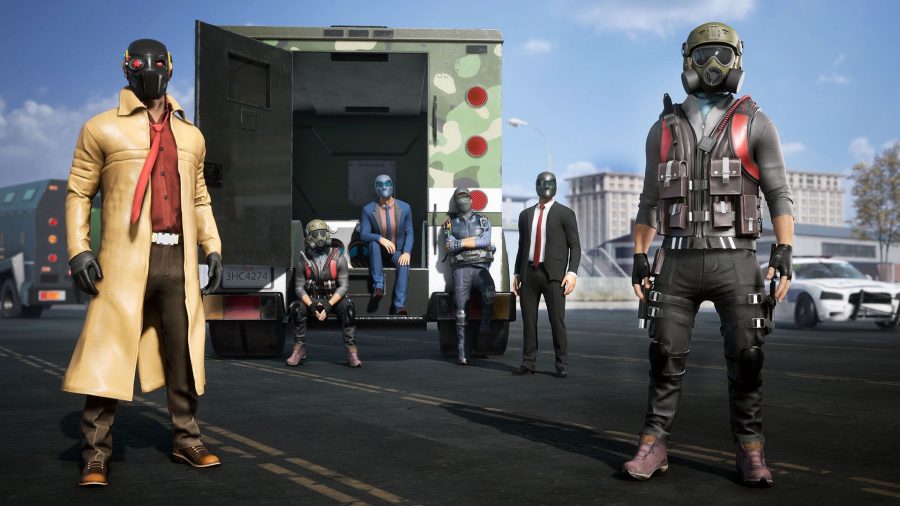 Rogue Heist is a multiplayer game, and a fast-paced one at that, so smooth performance on even mid-tier PCs is vital. “Environment, effects and animation data with no prior experience at this scale was the biggest challenge,” Lifelike says. “UE4 provides a brilliant network replication system, and with the continuous growth of Fortnite, Epic kept pushing the boundaries with new multiplayer capabilities that can handle more players in a single game, and many built-in optimisation tools such as LOD generation. These saved us a lot of time and energy.”

We definitely look westwards for inspiration

Lifelike Studios has learned a lot in making Rogue Heist and working with Unreal, and commendably, it’s working to pass the knowledge on. “Once we’re settled from the launch, eventually we would like to share our learnings to make it easier for other indies out there.”

Some of those indies seem likely to emerge from Lifelike’s home country of India. “With the number of smartphone users estimated to reach 530 million by the end of 2019, India is known to be a market for mobile games,” the devs say. “And as the market is growing, the gaming startup scene is improving. There are new developers, indies who are working on newer titles and genres, ready to enter new markets to reach a wider audience. The gaming community here is definitely growing, and we’re thrilled to be a part of that.” 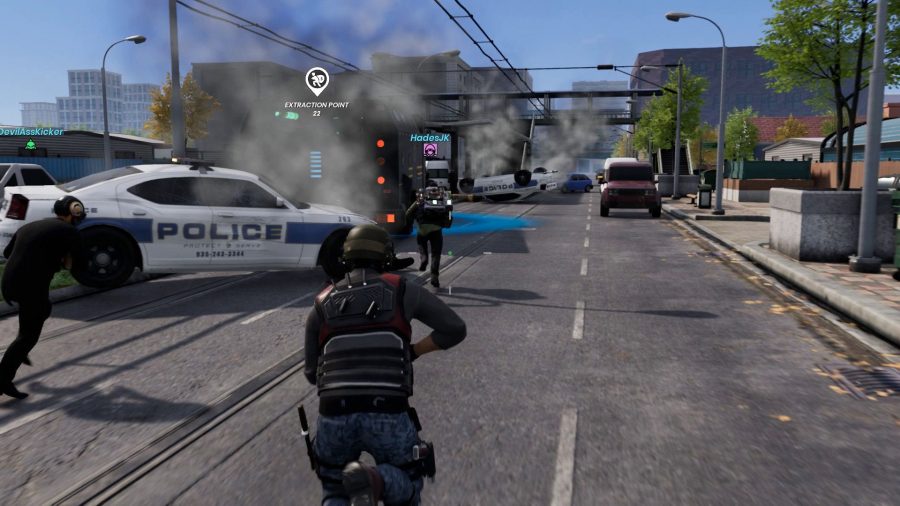 You’ll have noticed, though, that Rogue Heist is set in what looks very like an American city. As India’s development scene matures, the West’s legacy in gaming will remain an influence: “We definitely look westwards for inspiration since the industry on the other side of the world is very experienced, and truthfully where a lot of our favourite games come from.”

Rogue Heist is no Destiny, but at first glance you probably wouldn’t guess that it was made by a brand new studio of around a dozen people. “We are a new team with no prior experience of developing games at this scale, who took the challenge of developing a robust fast-paced multiplayer shooter from scratch,” the studio emphasises. And by the devs’ own account, it’s plain to see how Unreal Engine 4 has helped them punch above their weight.

Rogue Heist is in closed beta now, with a full release due within the month. Unreal Engine 4 development is now free.

In this sponsored series, we’re looking at how game developers are taking advantage of Unreal Engine 4 to create a new generation of PC games. With thanks to Epic Games and Lifelike Studios.