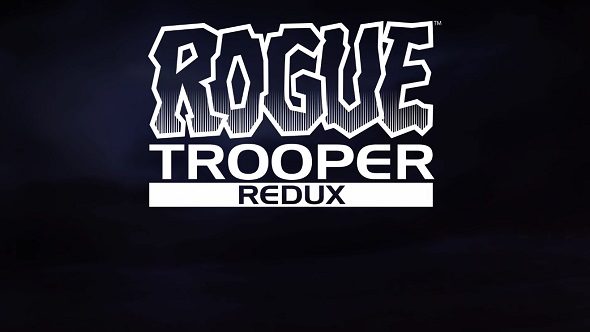 Feeling blue? Bet you’re not as blue as Rogue Trooper, a soldier from the same comic creators as Judge Dredd who’s both literally blue, and he’s a bit sad because all his friends are dead.

Check out our list of the best old games for more nostalgia.

Well, they’re sort of dead. Rogue Trooper’s mates live on in his equipment as AI chips. That means they can keep him company and provide support, so he can just plonk his rifle, Gunnar, on the ground and his pal will take over like some sort of sentry turret.

When Rogue Trooper released back in 2006, it was kinda overlooked. Well, Rebellion are giving it a remaster, so we’ll all get chance to appreciate how solid it was.

Rogue Trooper Redux is being developed by UK studio TickTock Games. Rebellion recently opened up the 2000 AD license to other developers, but TickTock will be the first studio outside of Rebellion to touch a game from the comic universe.