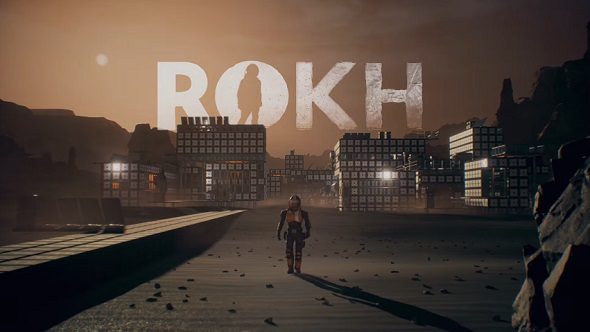 As humanity looking towards a potential Mars mission, survival game designers are also scouring the red planet for design ideas. Designed by Darewise Entertainment and Nvizzio Creations, Rokh is set to touch down on Steam Early Access on May 16.

Space cadets should check our list of the PC’s best space games.

With Earth tapped of its resources, Rokh tasks players as an explorer who must pave the way for future Martian settlers. After discovering that previous attempts at colonisation had ended in disaster, it’s up to the player to carve out their own base on Mars and eventually develop a settlement which could sustain permanent human life.

Once you land on the planet, players are given free reign to construct any type of base they want. Much like Minecraft’s blocks, the construction system is Rokh is tile-based so players can craft whatever they want out of the game’s many tile sets. Collecting resources means going out into the red wastes, mining whatever minerals you can find and occasionally scavenging resources from the remains of other failed Mars missions. You’ll have to be careful of Mars’ hostile atmosphere with the cold, radiation spikes, dust storms and the odd meteorite shower coming to disrupt your construction.

While building may be fun on your own, Rokh does offer multiplayer modes so players can come together to create their perfect Mars colony. When Rokh does launch, Martian life will be pretty peaceful due to it lacking a combat system. Along with combat, Darewise hope to add farming, a way to program and automate certain machines, fully customisable vehicles, community events and much more during Rokh’s early access period. At present, Rokh is planned to be in Steam Early Access for 12 months before its full launch.

A price has not been formally announced, but Darewise are currently planning Rokh to cost around $30 when it launches on May 16. For more information, take a look at its Steam page and watch the trailer above to see Rokh in action.