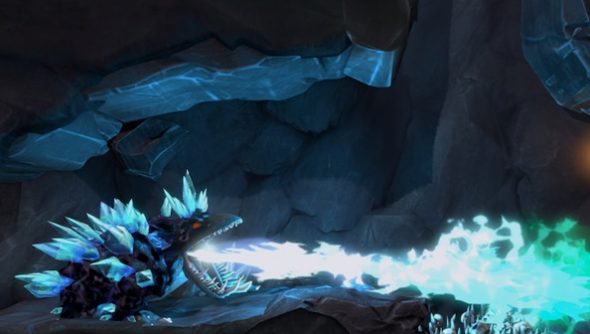 Upcoming other-Double-Fine-adventure The Cave is about two things. One of those things is irrefutably compelling – a talking cavern. The other is more ambiguous, seeing adventure genre great Rob Gilbert adapt his traditional PC sensibilities to console-centric platforming control methods.

But be not afeard – Gilbert has told RPS that he is “primarily a PC gamer” and promises that The Cave will do right by us.

“I boot up my Xbox once a month,” said Gilbert in the RPS chat. “Mostly I play PC games.”

Ensuring that The Cave feels like a mouse-and-keyboard native has been a top personal priority for the LucasArts veteran during development.

“I want to do as much as humanly possible with the mouse and all that. On the PC version, you’ll just be able to click with your mouse. Characters will walk to wherever you click. Switching characters with the keyboard by just hitting the number keys [is also an option]. So there’s some streamlining like that that happens with the PC version.”

RPS asked Gilbert whether his next project will be PC-focused, to which he replied: “Absolutely”.

“I definitely am [happy to see PC back in the limelight],” he added. “It’s where I play a lot of my games. And, you know, console games are kind of in a downfall because we don’t have anything new from the major hardware manufacturers… well, OK, maybe Nintendo. But not Sony or Microsoft yet.”

Reassurance for many that Gilbert still has one hand glued to his mouse. And yet The Cave’s protagonists are set to “learn something about themselves and who they might become” in the deep. Perhaps we’ll find out something about our own affinity for controllers and whatnot.