They’re quite often brown-haired warriors called Philip, too. I stop short of ‘Phil’ because it sounds a bit colloquial for a fantasy world full of people with apostrophes in their names. Phil sticks out among the likes of Gallaa’a Worm-Eater and Dariaquin Slendertooth, but Philip sounds like the sort of noble who’d clear your cellar of rats.

If you’re looking for a list of games to not-roleplay in, we have you covered with PC gaming’s greatest RPGs.

All of which is to say, I’m awful at role-playing.

In all likelihood, so are you. We’ve all been quietly, secretly role-playing as utterly banal, beige everymen for years. Creation screens continue to offer up stranger and more exotic possibilities, but the best we’ve ever managed was choosing FemShep in Mass Effect.

What’s your excuse? I’ll give you mine, flimsy as it is. When I first started to explore RPGs in the late ’90s there wasn’t much about your character to manipulate, aesthetically. I could have entered those screens with the firm conviction that I’d see the game world through the eyes of a fantastical being completely unlike myself, but I’d still have ended up as a white guy with, at best, blue hair and a tribal tattoo. If you were feeling really avant-garde in 1998 you could choose to play as an Elf, but good luck building up any melee combat stats if you did. 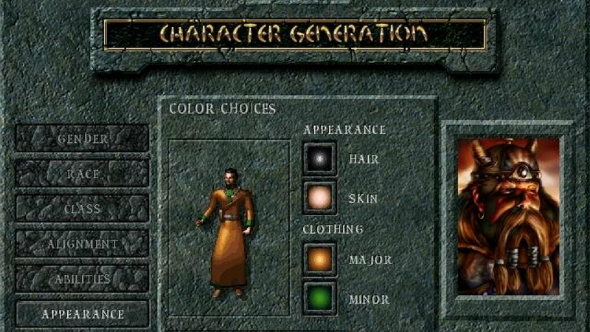 It was the Elder Scrolls series when I started to notice that games were changing in that regard. Morrowind opened the door, and Oblivion ran out of it screaming and throwing purple-cheeked Gerard Depardieu lookalikes everywhere. What the holy heck was this cat-thing looking back at me while I gently enlarged its philtrum with one of the 4,000 sliders on screen? Why did it have a Russian accent? And oh my gosh, a lizard. A lizard with customisable skin. Gaming’s Citizen Kane moment.

Except, you don’t actually pick the Khajiit or the Argonian, do you? I can’t begin to imagine the sort of maniac who would. Here’s a game that invites you to spend upwards of 100 hours in its world, gradually becoming the most powerful being in the land, and… you want to spend all that time being a persecuted cat with earrings? No, no. That just isn’t going to work. Show me someone who started an Elder Scrolls title as a Khajiit rogue, and I’ll show you someone who created a new game an hour later. RPGs are a huge time investment, and if you can hit that ‘finish’ button with the absolute certainty that you’re never going to regret opting for a non-human character then you’re just better at role-playing games than me. Better than the vast majority of RPG players.

I’m not going to lose any sleep because I missed out on seeing the world of Dragon Age through the eyes of an enormous bloody Qunari, and you can’t make me. Nor do I have a shred of regret about overlooking the Godlikes in Pillars of Eternity, poncing about everywhere with a glowing crescent moon where a sensible, professional haircut would have done just fine. Cliff Blezsinski once told us “I don’t find a sentient mushroom aspirational” on the topic of player characters, and he hit on a profound truth with that. 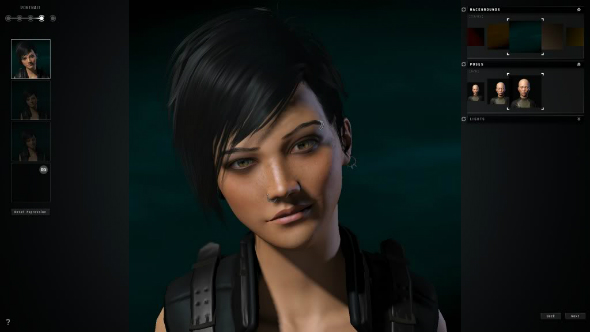 However: would it kill me to pick, say, an Asian woman? Would my study door burst open the second I finalised that character, and would every romantic interest and hero I’ve ever had start barrelling into my room in hysterics? “Look at what the silly tosser’s made!”, they’d say in disturbingly perfect unison. “He thinks he’s an Asian woman!”

Well I wouldn’t know because I haven’t tested that theory out, but I assume not. Nor would any such improbable and humiliating scenario unfold were I to select a hair colour or name other than my own, I’d venture. And yet here I am, saviour of numerous worlds whose physical and metaphysical properties bear no relation to reality, staunchly striding forwards with a dial tone of a player-character every single time.

I’m not implying there’s any great truth to be uncovered about latent racism or sexism in any of this, just so we’re clear. It’s just staggering how unwilling I am to completely jettison my identity in videogames, given half a chance. Even if it makes no sense. Even if it means seeing a 5’11” guy called Philip drafted among the top picks in the NBA. 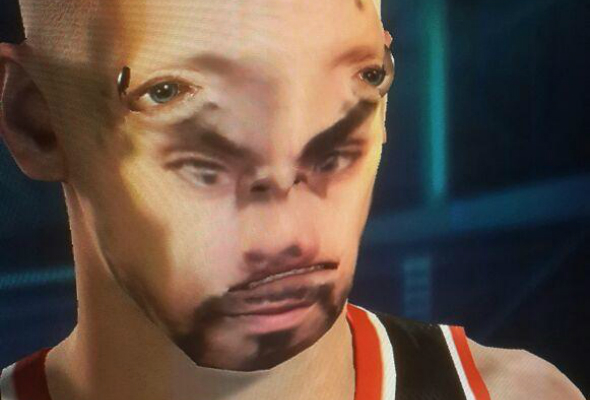 What fantastical creations have you birthed with RPG sliders, and how did you get on with them? Let us know below.