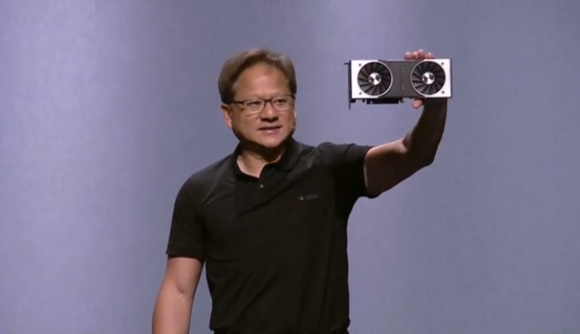 They’re based on the same Turing technology that Jen-Hsun announced at SIGGRAPH earlier in the month, a GPU architecture designed with the future of rendering very much in mind – real-time ray tracing. It’s a brave move, represented by the switch from GTX nomenclatures to the RTX naming scheme used for the latest Quadro cards, and the specific real-time ray tracing technology Nvidia announced back in March.

The RTX suite of hardware and software algorithms will back up the RTX 20-series cards, and are designed to allow real-time ray tracing to be added into games to add extra fidelity to lighting, with Microsoft also introducing its own DirectX Raytracing (DXR) standard to the party too. Between them they’re aiming to bring more realism to games, and do it in a way that allows developers to work with it in a familiar way.

Thanks to the eagle-eyed online hardware community being utterly ravenous for details about Nvidia’s next generation of graphics hardware we’ve known the general specs for the new GPUs for a little while now. They’re going to be the first consumer cards to use the new Nvidia Turing architecture, but it’s nice to finally have some confirmation on the subject.

For the uninitiated, the big boy RTX 2080 Ti is running on the TU102 GPU with 4,352 CUDA cores inside, arrayed across 34 Turing SM blocks. That’s also sporting 11GB of super-fast GDDR6 memory too. But you’re going to have to pay with pre-orders going live now for the princely sum of $999.

There are rumours the full TU104 has 24 SMs in it, which gives the chip a potential core count of 3,072 cores. But the built-in redundancy means Nvidia can still use chips that don’t pass the full 24 SM muster. The RTX 2080 also uses GDDR6, but only has 8GB of it to play with. 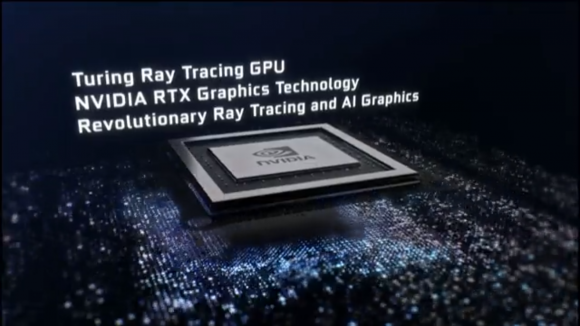 The RTX 2070 sits below them both at $499, and has the same 8GB GDDR6 VRAM capacity, with only around 22% fewer CUDA cores than the RTX 2080. It’s looking like a mighty fine graphics card that should outperform the GTX 1080.

The full range is available for pre-order today, with the cards on shelves on September 20… just one month away. Exciting times.

It is though interesting that the RTX 2080 TI card is coming out at launch – traditionally Nvidia has launched with its 80 and 70 suffixed cards first, before launching lower-end GPUs and ultra-enthusiast SKUs later on. By going with the very top-end of the stack from the outset Nvidia is showing it’s not concerned about any high-end competition in this generation of graphics cards.