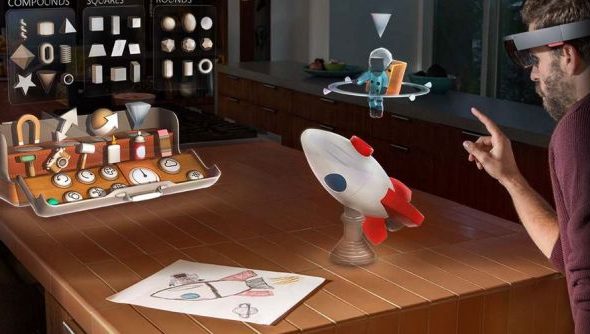 A report by The New York Times suggests that Microsoft’s dazzling virtual reality device, the HoloLens, will set customers back more than $400. A unnamed Microsoft executive has said to the paper that the device will cost “significantly more than a game console”.

While the statement is to be taken with a pinch of salt until Microsoft confirms a price point, it wouldn’t be a surprise. If it stays around the $400 mark, it’ll be close to what Oculus Rift are selling their developer kits, which are roughly $350 a pop. However, there’s no news on what Facebook and Oculus Rift plan price wise for the consumer version of the device.

Other competitors such as Valve’s HTC Vive and Sony’s Morpheus have also yet to announce a price point.

This week, we saw Microsoft demo the HoloLens at the BUILD 2015 event; it even included a Holo Dog. The HoloLens will make more of an appearance at this year’s E3.