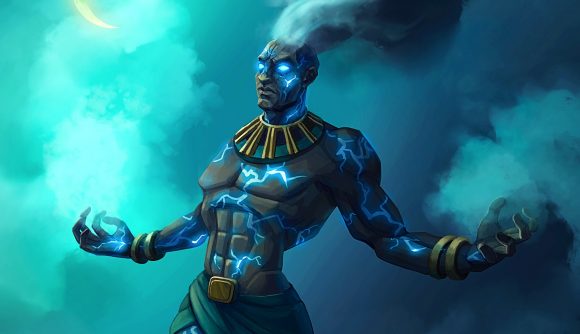 An indie developer is teaming up with Jagex to publish his Runescape-inspired idle game under its publishing banner. Currently in Early Access, Melvor Idle takes Runescape’s core elements and boils them down into something more accessible for those on the go. According to Jagex, it’s been downloaded more than 600,000 times across Steam, App Store, and Google Play.

Melvor Idle creator Brendan Malcolm tells us that he’s been playing Runescape since 2006 but slowly struggled to find the time to jump back in as he got older due to life commitments like holding down a full-time job. “I wanted to create something similar to Runescape that was suitable for someone like me who didn’t have the time to actively play a game,” Malcolm says. “That’s where the idea of turning Runescape into an idle game came to life.”

There’s only so much, though, that you can bring over to an idle game from an MMORPG. When deciding what to keep and what to leave behind, Malcolm tells us that he relied on a personal approach of amplifying the parts of the game he enjoyed. You’ve still got Runescape’s setting, skills, combat, and mechanics, but Malcolm has distilled it into an idle game akin to Clicker Heroes and Egg Inc.

Word of the game’s popularity reached Jagex not directly through the usual means of internet chatter but because most of the people in the office ended up playing it.

“There’s probably about a quarter of Jagex that’s hooked on the game,” Jagex Partners director of product management Chris Pfeiffer says. “We play every day – I have most of my skills at level 99, and I look forward to the future expansions that will be coming up. So that’s the way it started – we started playing, we got super into it, and thought ‘wait a second, we should reach out to this guy because we love this game.'” 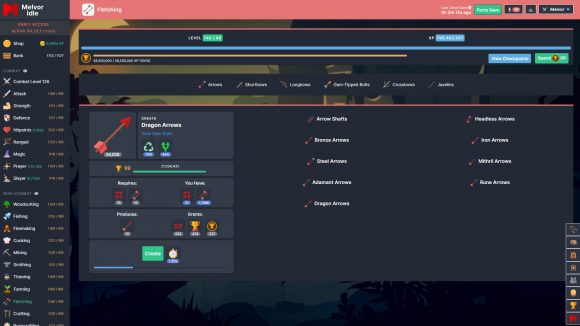 So what’s next for the indie idle game? Malcolm shares that Melvor Idle is set to get more endgame content, a new skill, an in-game tutorial, and more when it hits 1.0 next month. Things won’t slow down there, though, as Malcolm and Jagex have plenty of plans for the game moving forward.

“There’s already a minimum of three massive content expansions planned after full release,” Malcolm says. “These content expansions will greatly add to Melvor Idle. The next one is already planned to add level 120 content, which will take the entire game to another level.

“The future for Melvor Idle is going to focus on the content and making sure it’s community driven. Something that I have taken quite strongly over the last two years is the community aspect of Melvor. The feedback, the bug reports, the suggestions, everything around the community that bleeds into the life of the product. So we’re going to make sure we continue doing that as well.”

If you’d like to try Melvor Idle for yourself, you can find it on Steam here.