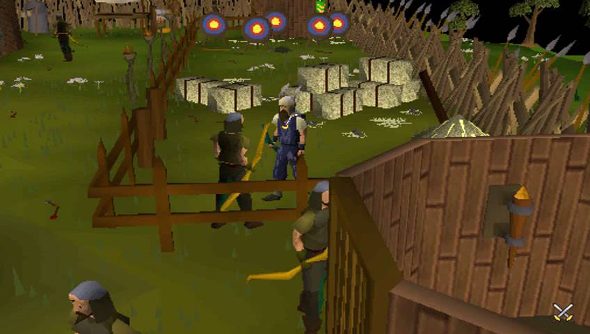 Old School Runescape is two years old. But it’s really a bit older, given that it’s a reboot of the 2007 version of the MMO. Work on it is continual, with weekly updates, voted for by the players themselves. Apparently one thing Old School players really wanted was free-to-play content, and to celebrate the anniversary, Jagex is giving them just that.

Like the regular version of Runescape, free-to-play content will sit alongside the membership stuff. Membership bonds, another feature voted for by the community, will also mean that players can pay for their membership using in-game currency, not unlike EVE Online and Runescape proper.

The vote passed with 86 percent of participants in favour of the update. But it’s something that Jagex already wanted to do.

“Ensuring Old School Runescape’s long term health was paramount, and that’s why we felt it necessary that any introduction of Free to Play was accompanied with the introduction of Bonds,” Neil McClarty, Runescape’s marketing director. told us today. “They’ve been a huge success in the main version of Runescape, allowing players to pay for membership with their in-game gold. We believe with both additions to Old School RuneScape, the game will continue to thrive and grow much like its older sibling.”

Old School’s received 100 updates since it first began, a couple of years ago. Jagex’s goal, says VP Phil Mansell, was to allow players to direct the course of the game.

“[W]e wanted to make sure that our players could still direct the shape of the game, while not losing any of the traditional charm they treasured. Here we are, 100 updates later, and about to launch a new business model for Old School based upon the suggestions and feedback of our players. It’s great to see such collaboration fuelling the continued success of Old School Runescape which has a great future ahead of it.”