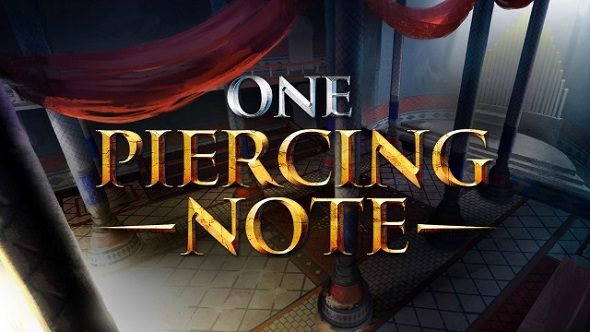 Jagex have partnered with Amazon to bring a selection of Runescape audio adventures to its Alexa assistant app. By downloading the Runescape Quests skill to Alexa, players can go on audio adventures, based on quests from Jagex’s hugely popular MMO.

If you’re on the hunt for your next time sink, have a gander at these PC MMOs.

Speaking to MCV, Runescape design director Mark Ogilvie said that since “storytelling is such a core part of Runescape, the promise of exploring its narrative on a completely different medium was too exciting to ignore.” So far, the team have Jagex have only created one adventure, based off the One Piercing Note quest in Al Kharid. The quest is a murder mystery, with players investigating a murder in an abbey and trying to discover whodunit.

As the quest is one that involves questioning suspects and trying to figure out who the murderer is, it is the perfect fit for an audio-only interface. Plus, with the quest fully voiced in the main game, One Piercing Note acts as a suitable proving ground to test out the potential of audio adventures.

According to Ogilvie, the original plan with One Piercing Note was “to give out free membership to the ‘proper’ game after players completed the Alexa quest, or even earn some unique in-game items” but technical problems for both the main Runescape game and the Quest skill made it impossible to achieve. Luckily, the quest is completely free to play if you have an Amazon Echo and Alexa so do give it a go, even if you aren’t a big Runescape fan.

There is some plan for monetisation further down the line but seeing as this adventure was “a project to expand our own skills and dip a toe into a completely new platform,” it did not make sense to charge for something so experimental.

The response to One Piercing Note has been overwhelmingly positive, with Runescape players wondering how future stories or quests could be delivered using Alexa. The technology is still in its early days but Ogilvie would “explore new Runescape stories on the device,” so potentially expect more Alexa quests in the near future.

If you stick a VR helmet on and have an audio adventure running in the background, you’ve basically got a home version of the 80s TV show Knightmare. Get on that Jagex.