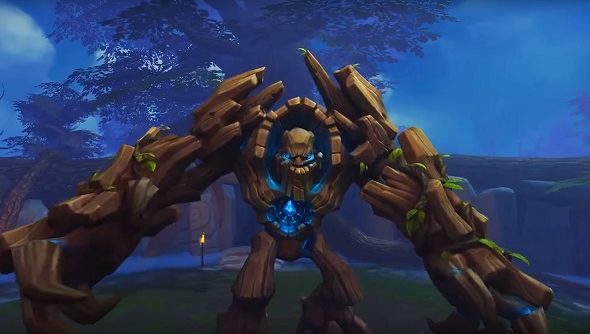 The first new big boss in over a year has arrived in Runescape. Solak, also known as The Guardian of the Lost Grove, is now available to subscribers to take on, alone or in groups.

Developer Jagex said Solak is controlled by an elf spirit, and that while there are no specific level requirements to take him on, you should make sure you have a “strong team with high-level combat gear.”

The good news is that there are a couple approaches to the fight that let you decide how hard it’s going to be. You can pick from either two-player or group mode, which allows for one to seven players to face the boss.

Here are our picks for the absolute best MMORPGs on PC.

If you’re successful in releasing Solak from the elf spirit, Jagex says you’ll earn some special new crossbows, and you’ll be able to enlist some of the “creatures of the grove” as pets. Scientific studies have shown that pet ownership is linked with healthier blood pressure, too, so you’ll want to start gearing up for this fight right away.

Jagex has created a handy video with some background information on old Solak, which you can check out below. He’s said to be one of Runescape’s oldest characters:

Solak is an animated tree being – somewhere between an ent and a massive spriggan – and he’s guarding the “massive power” that’s hidden in the grove. Solak may wind up sounding a bit familiar, too – he’s voice acted by Doug Cockle, who also portrayed a certain monster-hunting mutant from Rivia.

While Runescape itself is free to play, the new Solak fight is only available to paying members.