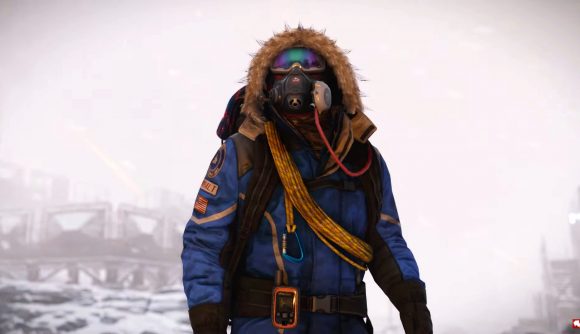 Highly durable survival game Rust has yet another update inbound, this one focusing on the arctic biome. It’ll introduce a new cold-weather skin for the hazmat suit to the permanent store, and while it’ll cost the same to craft as other hazmat suit variants, it has some noticeably different attributes. The arctic update will arrive February 3.

First, however, is a patch due out today, January 28. This one adds some new Lunar New Year items, including a snarling traditional tiger mask and a sky lantern. The sky lantern is a floating container – you can put an item in it, then swat it with a lit torch to send it up and away into the evening sky. As venerable Rust YouTuber ShadowFrax explains, it’ll travel a short distance, and fall if it’s shot, carrying whatever you put in it with it.

The new arctic hazmat suit is the first hazmat skin to offer a unique set of stats. Its big benefit is 40% cold protection, which is significantly more than the 8% provided by the default hazmat suit and other variants. It does have a bit less bite, 10% less protection from radiation, and a 2% reduction in damage protection from explosions.

Here’s ShadowFrax’s rundown, which is dryly humorous as always: 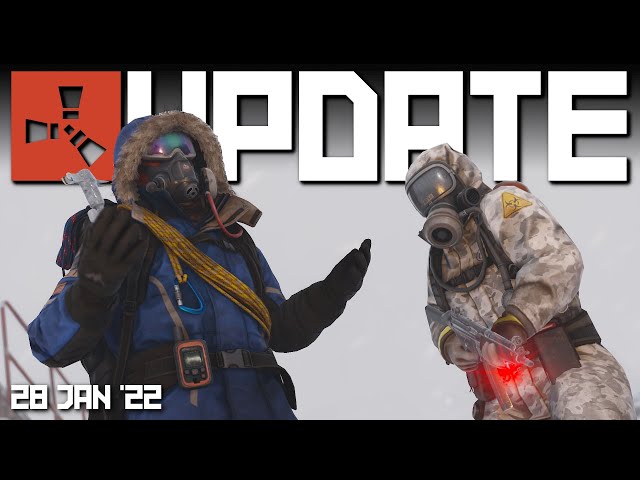 ShadowFrax says the skin will also include an icy cosmetic skin for the AK assault rifle, which technically speaking does make it look a lot cooler.

The patch is still a week off, but Rust players on Reddit are already getting antsy about the new suit – some are concerned that introducing a paid item with unique stats is a first step toward a ‘pay to win’ model in Rust.