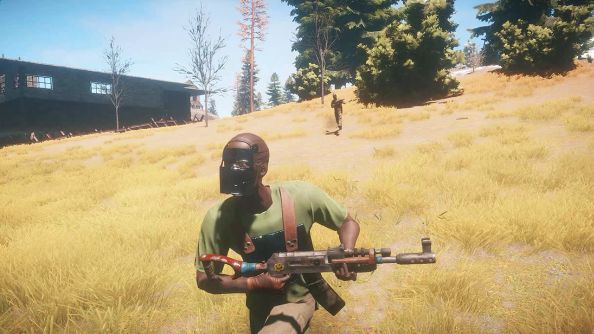 It’s been an odd sort of success story. Rust led the vanguard of Steam’s Early Access survival boom two years ago, dwarfing early sales of Garry’s Mod – even as Garry himself warned that his shooty sandbox was only 10% finished. Facepunch then rebooted the game a year in, starting again in a new engine and losing much of its feature set in the process.

Despite that anti-sales technique, and thanks to diligent improvements over many months, Rust has sold its three millionth copy as it enters its third year.

As Facepunch plot a path out of Early Access, perhaps Rust can become one of the best PC games of 2016?

1,919,142 of those purchases were made during Rust’s initial explosion in 2014 – but evidently interest hasn’t let up as Facepunch have built on their new engine.

Rust is currently 50% off in the Steam Holiday Sales – the deepest price cut it’s ever received. It also featured in December’s Humble Monthly Bundle, which Newman reckons was “really worth our while”.

“We entered 2015 with the reboot in its infancy,” he wrote in his year review yesterday. “We were seeing an average of 6,000 players online, and peaks of 11,000. This was a low point for us, but we had accepted it as an inevitability. We are never going to reach Rust’s initial popularity.”

“Seeing a two times increase in players over a year is validation that we’re heading in the right direction,” said Newman. “This is especially true considering how over-saturated the market has become with games similar to Rust/DayZ. The fact that we can still gain players with all these new guys around makes us very happy.”

As for Garry’s Mod – it’s now topped nine and a half million sales. Good news for Facepunch and their future experiments. Have you played Rust this year?