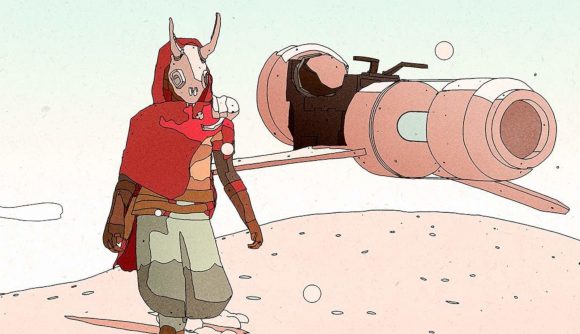 Have you heard that Xbox Game Pass is a great deal? I’m not really here to tell you if it is or not – though I will tell you that you can subscribe here – I’m too busy playing some of the best games on PC for a low monthly subscription fee. Microsoft has just unveiled the next round of PC games coming to the service, and they include many of our most-anticipated indie games of September.

This week alone, we’re getting Flynn: Son of Crimson, an adventuresome action-platform game, I Am Fish, a comedic physics-driven follow-up to I Am Bread, SkateBird, a much cuter take on Tony Hawk’s Pro Skater, Superliminal, a mind-bending first-person puzzler, and Aragami 2, a ninja stealth game with optional co-op.

Next week we’ll get the lovely puzzle-platformer Lost Words: Beyond the Page, the striking adventure Sable, the follow-up to one of the best survival games ever in Subnautica: Below Zero, and a narrative-driven blend of roguelike, deckbuilder, RPG, and Arthurian mythos with Tainted Grail: Conquest.

Closer to the end of the month, we’ll get the time-bending shooter Lemnis Gate, the gorgeous JRPG Astria Ascending, and the anime-inspired top-down shooter Unsighted.

On top of all that, the Xbox app is getting updated starting today to allow you to stream games directly from the cloud. Perfect for when you’re on a laptop or something away from your gaming rig.

If you’re looking for more of the best Xbox Game Pass games, you can follow that link.