I’m an independent person. I’m also not a man. Unfortunately, through no fault of my own, these facts are oppositional. There are many activities that people who aren’t men don’t feel safe doing, are advised against doing, or are unable to do independently, whether as a result of danger or law.

An hour or two into Sable [Ed: check out our review here, by the way] I’m ready to leave the canyon where my clan had once settled, and after a final goodbye from my matriarchal caregiver Jadi, I am, for the first time in my life, truly alone. Simoon, my sentient hoverbike, thrums under me as we crest a mesa. The game’s score swells, and I stylishly swing Simoon to a stop and dismount to take in the vista. I think about the journey I’m about to embark on, the discoveries I’ll make, and the challenges I’ll overcome. I put down my controller and stare at the cold maze of windshorn rock faces that extends as far as the eye can see. The light transitions from burning orange, to twilit grey, and eventually to midnight blue, as Japanese Breakfast’s soundtrack plucks at my heartstrings. I start to cry.

I was on a countryside walk with my partner recently. The sun was setting and an energetic poodle bounded up to me to lick my hand. Its owner approached to coax their dog along and we shared a smile. Shortly afterwards, my partner notes that it’s nice to find places where feminine presenting people are at ease, and I relate that there’s an unspoken comfort in crossing paths with people who aren’t men. A shared moment of, ‘Hey, it’s nice to see you here! Feels like there’s no risk we’ll get assaulted this far out in the country, isn’t that neat?’

Sable offers me, and other feminine presenting people, a journey that’s free from misogyny. A young woman in her late teens leaving home to explore the world is a familiar rite of passage – I was petrified as I watched my parents’ car pull away from my university halls for the first time. I repeated their well-intentioned advice in my head for years to come: ‘don’t go out alone at night’, ‘don’t trust men’, ‘don’t fight, just run’. I’ve since come out as non-binary, but I’m not overtly masculine enough to escape misogynistic behaviour. 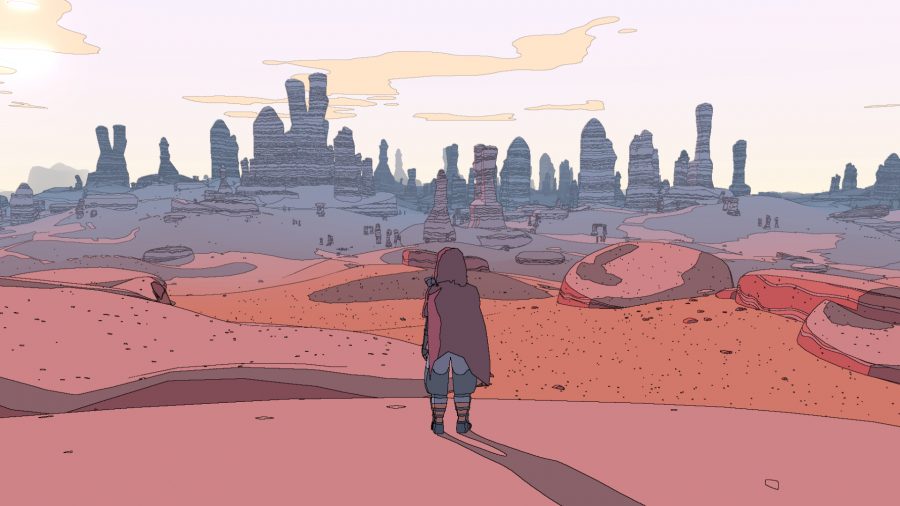 Adventure games, peculiarly, aren’t exempt from misogyny either. It’s clear that Sable takes many cues from The Legend of Zelda: Breath of the Wild, which is a game I love dearly. I remember crossing the desert as Link and donning a bikini top disguise to gain entry into the all-women Gerudo clan’s home. Human men aren’t allowed here.

Ganon is the Gerudo clan’s only male offspring in recent history and it just so happens that he’s literally evil incarnate, encircling Hyrule Castle as a noxious cloud of demonic energy, driven wild with far too much power and far too little sense. Keeping Ganon trapped in the castle falls on princess Zelda’s shoulders. She’s intelligent and bold, she wants to be a scholar, but she’s locked in a battle of wills because of the faults of her controlling father.

By contrast, Sable’s world seethes with palpable feminine energy and support. The aforementioned Jadi patiently nudges me in the right direction and bolsters my confidence, and Sizo, a Machinist who comes and goes as she pleases, instructs me in building Simoon. The women in this world are fiercely independent, with their own stories to tell that aren’t marred by misogynistic hurdles. 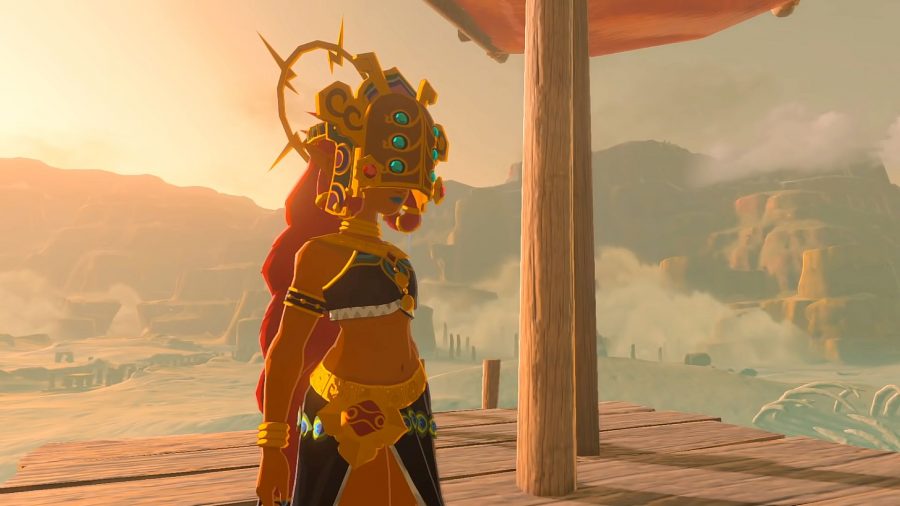 But the ley lines run deeper than Sable’s enigmatic tribespeople. The sound of a heartbeat pounds in my ears as I use my gliding skill, which surrounds me in a safe, womb-like bubble. There are feminine presenting deific statues dotted around the world, whose watchful eyes wordlessly guide me across deep chasms as I clutch to striated cliff sides. I’m not sure the goddesses would catch me if I fall, but they’re definitely not going to push me.

There is no male antagonist who defines your journey. There’s no patriarch who limits your progress because you’re not ready, or not strong enough, or weren’t born male. There’s no bickering married couple, the wife muttering under her breath about her lazy husband as she balances a babe on her hip. And you’re not the only woman on an adventure: there are lots of women you can learn from.

“Look at her. She can do whatever she wants,” Jadi says of me, almost to herself, in a reassuring tone. She presses a time-worn compass into my palm. Her only worry for me is that I will come home too soon. A few in-game days later, I park Simoon at an encampment under the boughs of a burnt oak and meet an energetic guard, Eliisabet. She’s a retiree about to embark on a second, and wholly untraditional, Gliding. I marvel at her tenacity. We make plans to meet again in the Badlands, and she disappears, venturing out in the middle of the night, with nothing to fear and an unbridled sense of freedom. 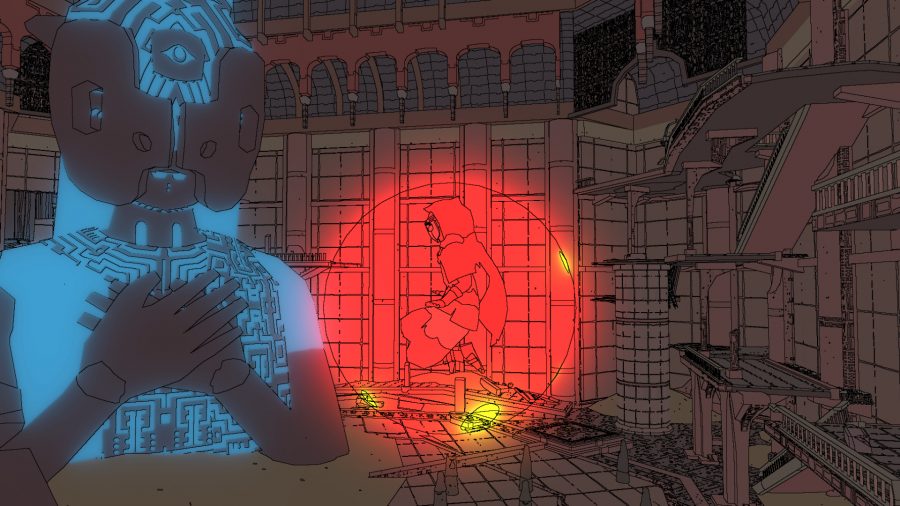 Gaming and escapism go hand in hand, but not always when you’re feminine presenting. You don’t feel the creeping hand of misogyny anywhere in Sable, only uplifting support and tales of women finding their own way. It’s wonderful.

Emma will deliver either an impassioned monologue on representation in videogames, or their DnD character's tragic backstory. Cats will likely feature in either case.