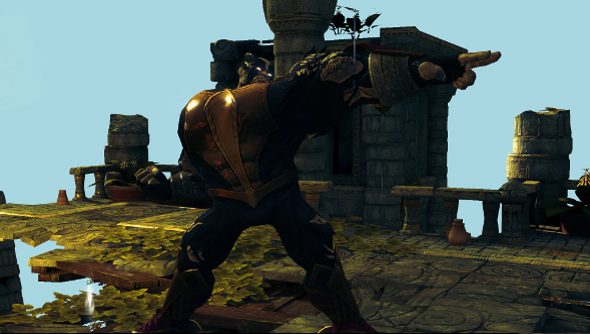 In our Sacred 3 review, Fraser found that Keen Games had eschewed the open world, day-night cycles and quests that once defined the series in favour of, well, not very much. A “banal premise” and “crude” co-op combat.

A junior designer who left during the action RPG’s development has taken it upon himself to apologise for the state of the eventual game.

Sascha Wagentrotz worked at Keen Games on Sacred 3 from May 2013 on “design, implementation and maintenance of the enemies and the bosses”. He is named in the game’s credits as a designer.

“I’m sorry for the die-hard sacred fans, that didn’t get the game they wanted to have,” he told the Sacred 3 Steam community.

“As a developer I received a free steam key for Sacred 3, which I would like to give to a disappointed fan. It’s not much, just a gesture.”

“The executive producer and creative producer were employed by Deep Silver and they did a good job,” he wrote.

It’s worth noting that Wagentrotz no longer works at Keen Games, and wasn’t there to see Sacred 3 through to release. Does his judgement of the game match up with your experience of it?