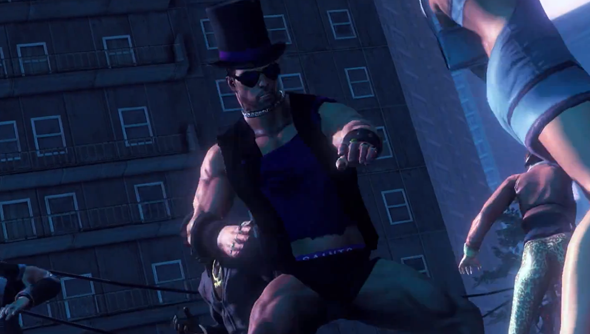 It does all look like a lot of irreverent fun, doesn’t it? I’ve not had a chance to play any test builds of Saints Row 4 but Steve enjoyed it muchly during his latest hands-on. That’s with the caveat that the game’s content may be stretched a little thin.

The trailer shows off as varied a mix of play as was found in the excellent Saints Row The Third, with hints at Mass Effect parody, spaceship battles, super powers, mega, presidential weaponry, and text-based adventure gaming. That’s all good news.

Saints Row 4 is due out for release on 23 august.