Since the third game in the series, comedy has been a big part of what makes up Saints Row’s distinctive identity. That will still be the case when the rebooted Saints Row arrives early next year, but Volition says it won’t be rehashing the same jokes and tone that characterised the earlier open-world games.

“We talk a lot about the previous Saints Row games, and we’re very proud of them,” says Jim Boone, chief creative officer at Volition. “We love those games, but we also recognise that those are games of a time – they made sense within that era. We were able to do things that felt good back then, but that tone is not something that we feel we even want to do today.”

Saints Row 3 and Saints Row 4 leaned hard into being lewd and crude, but both games were surprisingly touching at times, skipping the outright cynicism and meanness of some of their notable competitors. Still, Boone and the team at Volition feel that there are some gags that probably are better left in the past.

“We have a different kind of story that we want to tell that still has a lot of the same hallmarks,” Boone explains. “You know, we’re still a pretty bloodthirsty game. There are all kinds of combat in it and everything, but in terms of the story that we wanted to tell, it was important for us to come up with something that we feel resonates right now, not something that did maybe ten years ago.” 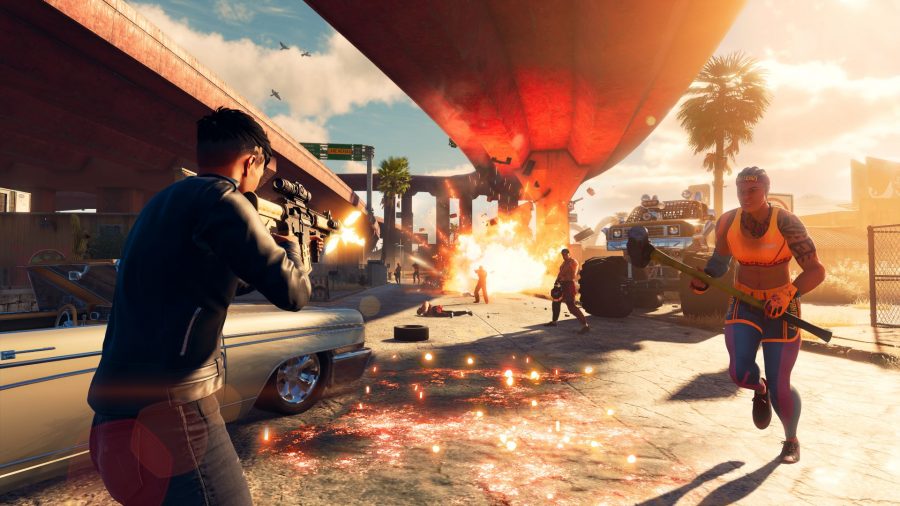 This also means an emphasis on jokes and story beats that relate to present day, real-world issues people are facing – so perhaps fewer dildo-based weapons this time around. Volition seems keen to make sure that the new Saints are people players recognise and can relate to.

“It could be everything from imagining the kind of debt that people deal with these days, student loans,” Boone explains, “or the kinds of things that you want to be able to do [to live] the ‘American dream’. Imagine if you were in that world, and you could form your own criminal empire. You could be your own boss, and do things your way.”

The central characters in this new story include Eli, who has arrived in the city of Santo Ileso to make his fortune as a newly minted business grad. Then there’s Nina, who acts as the gang’s driver – she grew up working as a mechanic in her parents’ garage, but she also studied art history and anthropology in university and had originally come to Santo Ileso to get a job working in a museum. 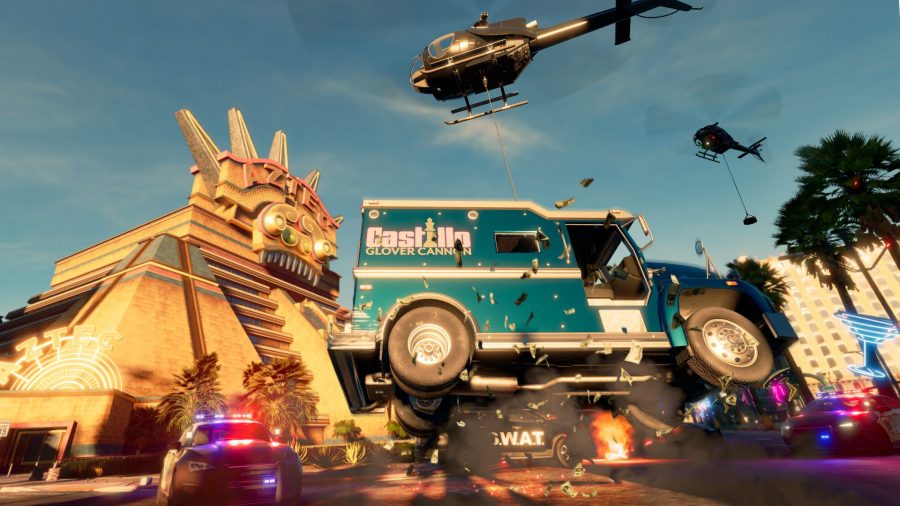 Thrill-seeking DJ Kevin is larger than life and ride-or-die for his friends; a loud cover for a deep-seated fear of abandonment and a desire to finally find a place to belong after growing up in foster care.

Boone says that rethinking Saints Row’s approach to humour is about identifying what parts of modern life are worth poking fun at: “I feel really happy with what we’ve got”.

The Saints Row release date is set for early 2022.