At their SSD Global Summit last week Samsung showed off their latest PCIe drives and announced the massive growth potential of the market…and the imminent collapse of SATA SSDs.

Unless you’ve got a modern notebook, chances are that even if you do have a solid state drive buried somewhere in your PC it’s going to be a more traditional SATA-based model than one which connects to the PCIe bus. But that’s where the future of SSDs lies and, if Samsung’s growth predictions pan out, your next SSD is very likely to be a PCIe-based drive.

But then, they are going to say that having just unveiled their SSD 960 EVO and 960 Pro drives.

From a 2016 base of 33 million PCIe SSDs shipped, Samsung predict the market will hit 64 million in 2017 and an unprecedented 111 million in 2018. Over two years that represents a 236% boost. Interestingly Samsung are also saying that as PCIe SSD shipments are growing 2017 will be the first year they will outstrip SATA-based SSDs, and that by 2018 the older SSD tech market will have contracted by 69%. 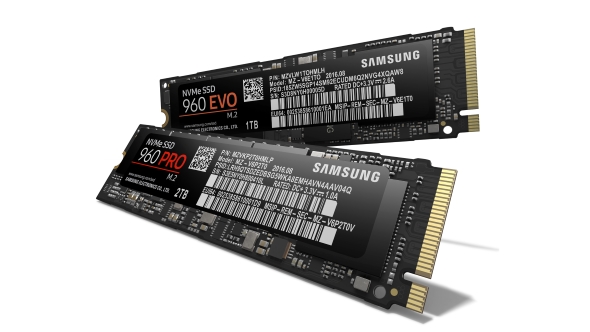 Given that the SATA SSD has largely been a stop-gap measure for the industry’s move towards higher performance storage, the imminent decline shouldn’t really come as much of a surprise. The SATA protocol was used as a way to ease the transition from spinning platter hard drives to solid state drives.

SATA SSDs use the same connection as hard drives and the same AHCI communication protocol, making them an easy, drop-in upgrade, but it also means they are limited by an interface designed with completely different hardware in mind. Today’s SATA SSDs are effectively running at the limits of the interface, like an enthusiastic dog choking itself on its lead, while PCIe-based SSDs using the NVMe protocol then are SSDs running free.

Pricing and capacity have long been limiting factors for SSD adoption, however, though Samsung claims smarter technologies (such as their stacked V-NAND and 3-bit MLC chips) are helping boost potential capacities, while all the while the cost to the consumer is dropping dramatically. Where the SSD market has grown by some 54% over the last five years the cost per GB has been slashed by 70% – from $1.17/GB to just $0.35/GB. 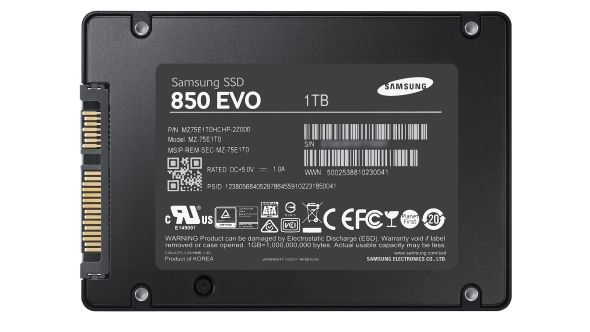 They also reckon that by 2020 a 512GB SSD – currently the most common form of SSD – will gain price parity with a 1TB HDD. Half a terabyte of speedy SSD storage for $50 (£40)? Yeah, that’ll do us. Though by then a 1TB SSD will be the most common SSD…and you’ll just barely be able to squeeze a full Steam installation of GTA VI on there with all those 8K textures.

It’s not just Samsung betting on the growth of the PCIe SSD market. The likes of Micron (Crucial), Toshiba and Intel will be too, as some of the biggest producers of NAND flash memory.

A report over on Hexus claims that globally the compound annual growth rate (CAGR) for PCIe SSDs will sit at a little over 33% each year up to 2020. This is expected to mostly come from the enterprise segment, however, as data centres start swapping to SSDs to keep speed and reliability up and energy requirements down. But there’s always an enterprise trickle-down effect knocking prices down in the consumer market too.

What’s your experience of solid state drives? Are you still sitting on a spinning hard drive as your main machine’s storage, you Luddite? Or have you spent big on a chunky SATA SSD or even a PCIe-based drive?