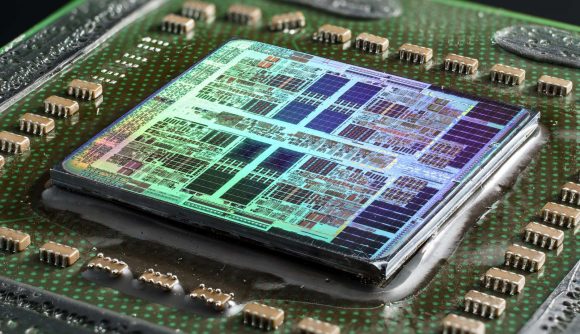 Korean media is suggesting “the most potential candidates” to pick up AMD’s one-time manufacturing wing, Global Foundries, will be local legends Samsung and SK Hynix. The reports of the company’s largest shareholder trying to offload its stake in the third largest semiconductor foundry in the world came out last week, and the rumours are gaining momentum of control shifting to South Korea.

There had been some expectation that buyers from China would be supremely interested in gaining control over the one-time AMD foundry, but because of existing trade tensions between the US and China it seems unlikely that ATIC, the company controlling 90% of GloFo stock, would authorise a sale to a Chinese operation. ATIC is a state-run business operated by the United Arab Emirates, but GloFo is still headquartered in Santa Clara, so selling to a US-friendly South Korean enterprise is far more likely.

Things have been going south for Global Foundries as it struggles to keep up with contract manufacturing rivals, TSMC. Indeed it gave up on the expensive chase for 7nm process technology last year, ceding large chunks of AMD silicon production to TSMC, such as the 7nm AMD Navi graphics chips and parts of the Ryzen 3000 CPUs.

It does still have a good deal of AMD manufacturing in-house, with the 14nm I/O portions of the new Zen 2 chiplet design coming from its fabs, and all existing 14nm and 12nm production sticking with Global Foundries. But as the red team slowly transitions its product stacks towards the 7nm node it’s going to struggle to rely on its erstwhile owners.

Global Foundries was originally the manufacturing arm of AMD, before it opted to split it off in 2009 as a joint venture with Advanced Technology Investment Company (ATIC) to create a global contract manufacturer. Hence the new name. AMD then became a fabless semiconductor company, despite founder Jerry Sanders claiming “real men have fabs” when talking about its position as a top-tier chipmaker alongside Intel.

AMD was then Global Foundries first customer and responsible for all its silicon needs, until relatively recently. In fact AMD has just announced the seventh amendment to its Wafer Supply Agreement with GloFo, meaning that it no longer has to pay royalties to the company when it chooses to source manufacturing elsewhere, saving it millions, and cutting a big revenue stream from its old fab partner.

Now GloFo shares just 8.4% of the global manufacturing market, behind TSMC and Samsung, but Business Korea (via HotHardware) is now suggesting it could form some sort of silicon supergroup with the South Korean giant and pair up.

“Global Foundries is unlikely to be bought by a Chinese company, such as SMIC, in that the U.S. government is keeping China in check in various industries,” an industry insider says to Business Korea. “The most potential candidates include South Korean companies such as Samsung Electronics and SK Hynix, and Samsung Electronics can increase its share in the market to 23% at once if it takes over Global Foundries.”

So far there are no publicly disclosed deals on the table, but it’s going to be interesting to see how this all plays out.