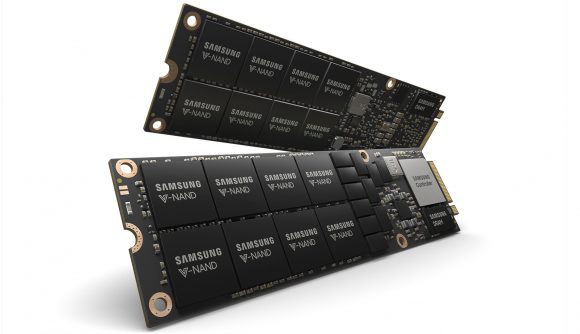 Samsung and SK Hynix, the first and third biggest semiconductor companies in the world, are both reportedly slimming down their expansion plans for DRAM and NAND chip production. The silicon giants are facing a slump in customer demand, resulting in a global oversupply, and production is being cut to match.

The move comes off the back of a NAND oversupply that has continued throughout Q3 2018, largely expected to be a result of notebook and smartphone markets’ lackadaisical sales. It wasn’t all that long ago that reports of a global oversupply leading up to an inevitable crash in the NAND market were being floated online. This crash was expected to cause a pricing dip all the way down to $0.08/GB. Now wouldn’t that be nice for SSD prices?

But now it seems Samsung and SK Hynix want to combat the slum, and associated price drop, in their lucrative NAND flash market by cutting the supply. Both Samsung and SK Hynix are slimming down 3D NAND production, with the former not putting new fabs online until sometime in the first half of 2019.

But it’s not just NAND flash production that these companies want to keep at bay, reports DigiTimes. Industry sources suggest Samsung is also putting a stop on plans to enhance DRAM fabs in Hwaseong and Pyeongtaek. 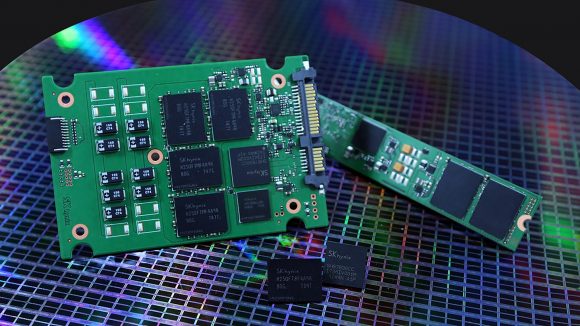 Anyone building a PC in this last year is likely well aware of the quite considerable price increases for sticks of system memory, and it looks like, despite an oversupply, the promised price relief incoming during 2019 might be put on hold by these new measures from the market leaders. Samsung’s fab plans, according to industry sources, were originally intended to produce 30,000 extra DRAM wafers in Q3 2018. But that’s no longer to be.

But never fear, there are further shake ups planned for the market next year, too. Micron and Chinese memory fabs are reportedly ramping up production of DRAM memory chips purposely to try and steal market share from market leader Samsung.

The top three DRAM manufacturers, Micron, Samsung, and SK Hynix, are all involved in a price fixing lawsuit regarding DRAM pricing between 2016 and 2017, and China’s government is intent on combating these corporate giants’ market dominance with its own domestic production, which is slowly coming to fruition. Any memory from these fabs is unlikely to make it out of China for the time being, however, but Samsung, SK Hynix, and Micron are surely starting to feel the pressure.

Next year is looking to be an interesting time for NAND and DRAM production. Samsung and SK Hynix face an oversupply and increased competition, which, reportedly, should result in a NAND price drop. But, depending on how far Samsung and SK Hynix are prepared to limit production to combat the oversupply, these new measures could keep any price reductions at bay. Boo.