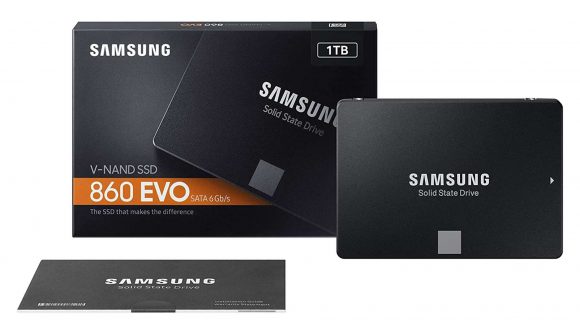 While the best SSD for gaming is an NVMe drive, they can get seriously pricey when you're looking at larger capacities. Hard drives are dirt cheap in comparison, but just aren't worth the dip in speed when even current generation consoles house M.2 SSDs. Fortunately, 2.5-inch SATA SSDs are a good middle ground, being around four times faster than a mechanical hard drive without costing you an arm and a leg. They're even better when they're on sale, too.

Samsung's 1TB 860 EVO SATA SSD is heavily discounted in both the US and the UK, and is the perfect compliment for the best cheap gaming PC – especially when games like Microsoft Flight Simulator need to be installed on a solid state drive. With sequential read and write speeds of 550MB/s and 520MB/s respectively, this can freshen up any PC, helping it boot faster and decreasing load times in some games.

M.2 SSDs are the standard nowadays, but with a limited number of slots in the best gaming motherboards, 2.5-inch SSDs are a good, speedy alternative. They can also give an older laptop a new lease of life. It won’t work miracles and turn it into the best gaming laptop, and you will need to check your model’s compatibility first, but it’s a worthwhile upgrade. 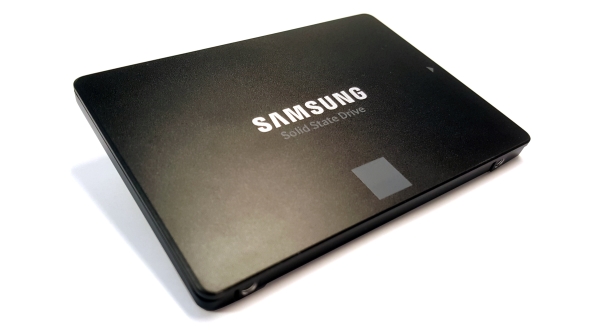 We’re not sure how long this deal will last, so be sure to check out the Amazon listing before it’s too late.