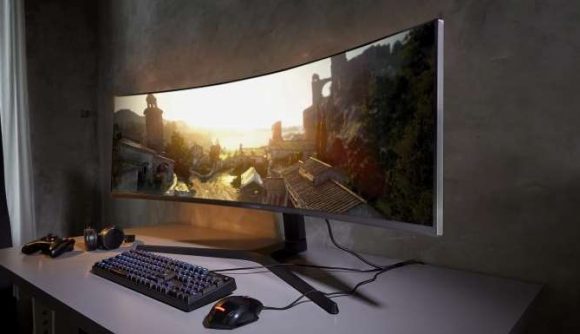 We might only be at the early dawn of 2019 but Samsung has laid a marker in the sand when it comes to gaming monitors, announcing a set of screens that have us salivating over their potential and all for different reasons.

There’s an update to the 49-inch gaming monster that Jacob loved so well last year, a 32-inch curved 4K display with support for one billion colours, and super-smart space-saving monitor that clamps onto your desk and gets out of your way. All three are going to be shown off at CES next week, but Samsung is getting in early to make sure its new screens are seen.

The most obviously game-y one is the CRG9 49-incher. It’s a vast ultrawide gaming monitor using the same 32:9 aspect ratio as the previous wide-boys, but comes with a far greater native resolution. One of our few issues with the old C49J89 and the CHG90 was its use of a 3840 x 1080 res – that’s just too short on the vertical height to be useful outside of gaming.

Samsung has rectified that with a native resolution of 5120 x 1440, which is still less demanding of your graphics hardware than a full 3840 x 2160 4K monitor. The Samsung panel has a slower refresh rate, but at 120Hz is still a slick display, especially with its 4ms response time.

Need to know basis: The best gaming monitors you can buy

Samsung has also dropped AMD’s FreeSync 2 HDR tech into the mix to take advantage of that speedy panel, and also the local dimming backlight capable of offering up to 1,000 cd/m2 of peak luminance.

It could just be the monitor of my dreams… 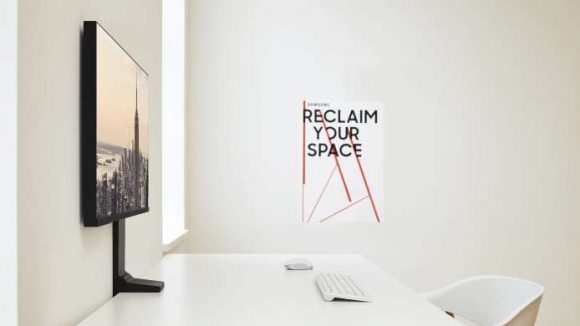 But the new Samsung Space Monitor does also have some claim on my heart. It’s a simple, sleek, flat panel with an innovative stand that means it can get completely out of your way when you don’t need it to sit right in front of you. So it’s a space-saving monitor, rather than some futuristic space monitor. 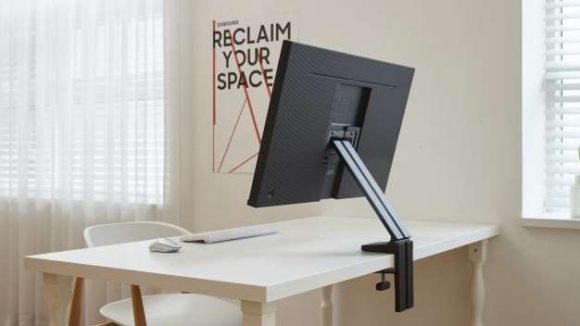 But still, being able to have it right in front of you when you’re gaming or working, and then push it back into the wall freeing up your desk space is rather nifty. 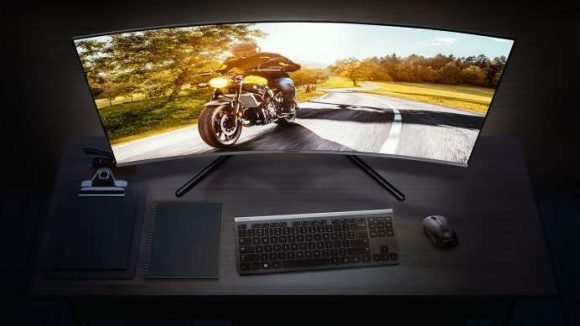 Less innovative perhaps is the UR59C. Samsung is calling it a world first 32-inch curved 4K monitor designed for content creators, which seems like a lot of caveats to throw at something to be able to claim a ‘world first’ label. But it’s a sleek-looking, bezel-free curved display with the ability to display up to one billion colours.

Unfortunately there is no actual pricing information available as yet, these being pre-CES reveals and all, but that 49-incher is bound to be upwards of $1,000 if it’s a dollar.