For a good many gamers their next monitor purchase needs to be rocking Nvidia’s GSync technology, but so far Samsung’s new Quantum Dot range has opted for AMD’s FreeSync instead. That will soon change.

Check out the current state of the market with our pick of the best gaming monitors around.

Samsung’s presence at the IFA electronics show in Berlin is massive. They don’t have a stand, they have a whole arena, and while Korean rival, LG, fill their own hall with OLED panels as far as the eye can see Samsung are going full tilt with Quantum Dot. And not just in their TVs either, they’ve made a push into the gaming monitor market with the curviest monitors around sporting their latest wide colour gamut display technology.

But so far all their new VA panels sporting the Quantum Dot filter are only capable of using AMD’s FreeSync technology. I spoke to a Samsung representative at the show, however, who explained that GSync versions of their gaming monitors would be following soon next year, with 4K versions too.

Samsung have opted for the FreeSync tech because it costs nothing to add into the setup, while GSync requires additional silicon and licensing costs which Samsung didn’t want to have to pass onto the consumer. That means when they do finally release GSync Quantum Dot screens next year they will only be putting out a few select models. 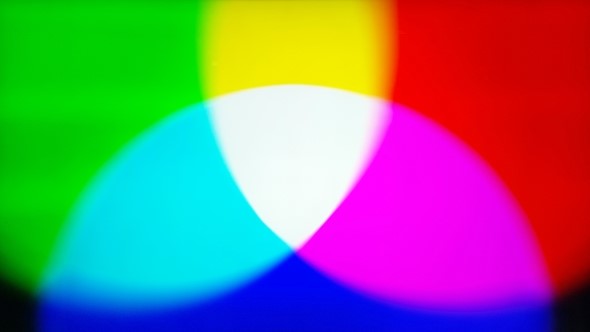 Samsung’s Quantum Dot filters allow the backlighting of an LCD screen to produce a brighter image and one with greater colour depth. Because of that Samsung’s new gaming monitors are able to display a range of colours which works out at 125% the sRGB colour space.

That also enables them to offset the cost of the Quantum Dot filter by utilising cheaper VA panels instead of their PLS technology (which is directly analogous to IPS). The colour accuracy of a VA display is greatly enhanced by the use of this advanced new filter.

I had the chance to play with the new Samsung Quantum Dot monitors and the mighty ultrawide CF971, with its tight 1500R curve and 100Hz refresh rate, is a glorious thing. Racing around in Need For Speed’s night-time streets was an impressive experience, with sharp colours, detail even in the darkness and excellent contrast. 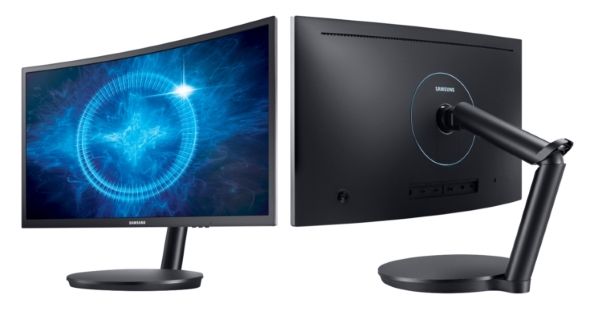 The 16:9 curved Quantum Dot screens though I was not so impressed with, despite their 144Hz refresh and 1ms response. The 1080p VA panels in the CFG70 series don’t seem to have the quality of the higher resolution display and side-by-side the images weren’t as crisp and the viewing angles not so hot either.

The new range of Samsung Quantum Dot monitors will be here before the end of this year, with those GSync-capable screens following in 2017.