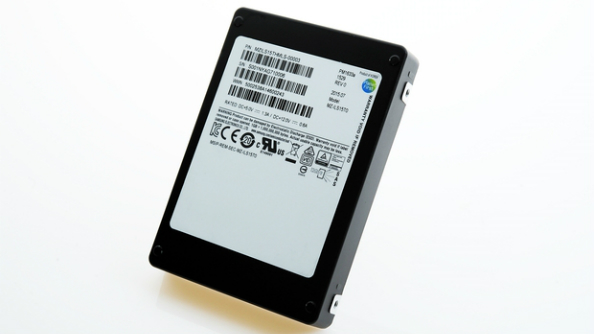 How big is 15TB? It’s big enough for me to briefly entertain the idea that it might be a portion of the entire internet sizeable enough to remark on in the headline. It probably isn’t big enough for that, but crikey it’ll do the job in your average desktop PC. Samsung’s catchily named PM1633a SSD is the biggest 2.5-inch storage drive around, let alone in SSD terms.

You know what’s bigger than 15TB. Space. All of it. For the best ways to explore it in the virtual realm, check out our best PC space games.

Samsung’s own bespoke V-NAND technology facilitates this behemoth, by stacking 48 layers on top of each other to make a tasty storage sandwich. It’s a remarkable feat in that it’s actually more capacious than even the biggest hard disk drive – capacity was the one thing those poor guys still had going for them. Poor suckers.

The number Samsung have yet to specify thus far though is price. According to Ars Technicathe last generation of enterprise (at which this drive is also aimed)PM1633products cost around $1000 per terabyte – even with the assumption of that being brought down some you should expect to pay in the region of $8000. So it’s that or a 5-way Titan X setup (4 connected, 1 just laying at the bottom of the case in a show of opulence).