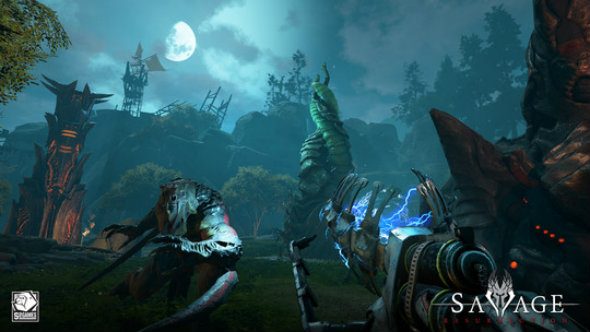 Savage 1 has been reimagined and released on Steam as Savage Resurrection, an FPS/RTS hybrid that has players face off in huge 16v16 battles.

For more shooty fun, here’s our list of the best FPS games.

One player plays Savage Resurrection as an RTS commander, building siege towers and other contraptions, as well as plotting routes for their ground troops.

The big difference here is that the ground troops are players who, from a first or third-person perspective, use guns and melee weapons to murder their enemies.

“Savage is a multiplayer-only game with a competitive focus. Combat includes both melee and shooter aspects, and should challenge even seasoned gamers. Servers are currently located in the US, EU, and AUS with more planned. Players may also host their own servers, use ours, or play offline.”

Savage Resurrection is currently on sale for $14.99 on Steam.