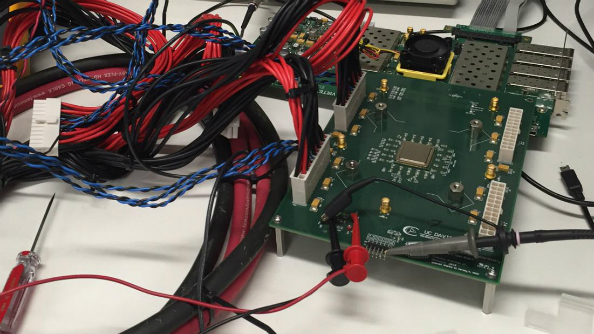 Your move, Intel. Researchers at University of California, Davis, recently unveiled an absolute behemoth of computing – the Kilocore. While PC peripheral manufacturers must be flabberghasted those researchers missed such an obvious marketing trick as calling it the KillerCore, or Perhaps KillerCore Xtreme Omega 1000, the rest of us are left to admire the feat of technological design.

Want to test your hardware to the limit? Try our best VR games for PC list. They don’t require quite as many as 1000 cores.

“The energy-efficient Kilocore chip has a maximum computation rate of 1.78 trillion instructions per second and contains 621 million transistors,” say UC Davis. At 1000 cores, it’s the first processor of its type (the next best managed a paltry 300) and is apparently remarkably energy-efficient.

The Kilocore’s built on 32nm architecture (NVIDIA and AMD have both shrunk to a 14nm manufacturing process for their latest batches of graphics processing hardware), and each of the thousand cores can operate independently, running individual programs with different compute tasks.

Back in the land of gaming CPUs, Intel just released their fantastically expensive Core i7 6950X, the first 10-core, 20-thread CPU aimed at least partially at high-end desktop users and gamers rather than servers. If you’ve just bought one for $1500/£1300, you could be forgiven for wincing a little at the sight of a CPU with ten times the cores, but it’s extremely unlikely we’ll be able to get our hands on anything like th Kilocore in the desktop market for years yet.

More information about the Kilocore and its creators is available here at the UC Davis site.