Scavengers is a game about choices and, ultimately, survival. Whether you’re simply trying to make it through the conditions around you in its harsh, nuclear winter, the assorted NPC factions of raiders or sci-fi zombies, or even other players, there’s a lot in this game that’s trying to kill you. You and two others will need to roam a fairly large map, find gear and weapons, and survive long enough to make it to the extraction ship. And you’ll be against twenty other teams.

Freedom of choice is a large part of Scavengers. The game features several ‘hero’ type characters who each possess a unique skill, and a unique weapon that can be crafted in-game (assuming you survive that long). Who you choose can determine your playstyle, although this is also affected by the weapons you can actually get your hands on in the early game. How you choose to approach an match of Scavengers is also surprisingly fluid.

There’s an ‘ultimate’ victory, of sorts, but below that there’s a dynamic range of options in how you might define success. One such metric is collecting DNA samples. As well as a nuclear winter turning the survivors into extras from Mad Max, the Earth has been beset by a plague that has turned everyone else into alien-looking zombie creatures. Collecting samples of said plague is done by assaulting various NPC strongpoints on the map. An obvious choice as a team is between going after these DNA samples yourself, or just hunting other teams to steal theirs.

In a Titanfall-style twist, Scavengers is not actually about being the last team standing. If you’re good enough and well-enough equipped, it’s quite possible you could end up eliminating all of the other teams but, in the words of Midwinter CEO Josh Holmes, “Just surviving and getting off the planet is a victory in and of itself”. 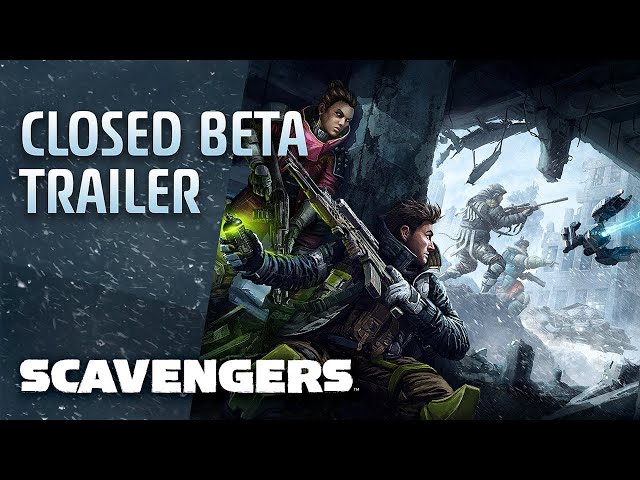 If at least one team member makes it onto the extraction ship by the end of the game, all three of you get to benefit. This means you get your points, but you also get to keep any loot you find – as well as further bonuses for winning, obviously. Pleasingly, DNA samples can be ‘banked’ mid-match if you’re worried about losing them, so there’s an avenue for everyone else to still come away from a match with some lasting rewards. Whatever loot you find and extract can then be used to fuel Scavengers’ meta-game. It’s here that the ‘real’ choices are made.

Despite similarities with Battle Royale games, there’s enough here for it to claim a unique identity of its own

While it’s currently in its early stages, Scavengers will feature a research section that will allow you to learn and craft everything from consumables to use in-game, to weapons to enhance your starting loadout. The more you unlock, research, and equip yourself with pre-game, the more agency you have in-game to go about finding DNA samples or taking on other players. It presents and promotes a surprisingly long-term approach to online gaming.

You could legitimately spend most of your ‘early’ game time with Scavengers not doing much of anything; maybe get some loot, take on a few NPCs, but mainly focus on surviving and getting onto the dropship. Certain heroes have abilities specifically designed to aid extraction. The more you extract and more the research you conduct, the better your loadout will be at the start of every match and the more engaged you can get with the game as it’s meant to be played. The question is, will it work? 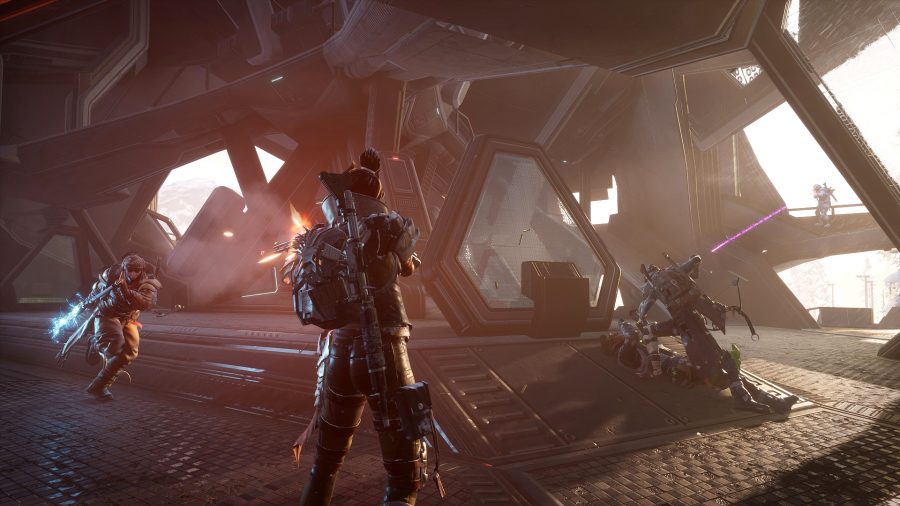 No plan survives contact with the enemy, and the upcoming beta test (which kicks off today) will add 50,000 new players to Scavengers’ pool of testers. Beyond that, an early access release in 2021 will further test Midwinter’s theories at scale, as well offer a final opportunity to iterate on what the studio has made. I find it interesting, and a little bit risky, that Midwinter is banking on most if not all teams being able to extract in every match. Or at least, extract enough times that they’re not severely held back in their progression.

More like this: The best survival games on PC

You’d be forgiven for associating Scavengers with a battle royale game, but the team at Midwinter Entertainment is keen to dissociate its new PvEvP “online sandbox shooter” from the likes of Fortnite and its ilk. Founded by Halo veterans, the new kid on the block definitely wears both its heritage and its inspirations quite clearly, but I’m pleased to report that – so far – there’s enough here for it to claim a unique identity of its own.

The closed beta test is live now through to 6pm PST on December 21. Spaces are limited, but you can sign up here.