Scrap Mechanic could well be this year’s viral hit, full as it is of amazing creations. Imagine Besiege welded its engineer brain into the creative skull of Minecraft, and you’re well on the way to understanding what makes Scrap Mechanic so exciting. It’s a massive playground for inventors, and naturally many player creations have found their way onto the internet.

Go crazy with unlimited freedom in the best sandbox games on PC.

Looking at other people’s amazing work can have two effects: either you’ll stare wide-eyed and slack-jawed until your brain goes a bit fuzzy, or a jolt of inspiration will be fired into your mind that’ll have you perfecting your own Scrap Mechanic project. If you’re in the market for either of those feelings, just gaze at our hand-picked selection of the best Scrap Mechanic creations below. 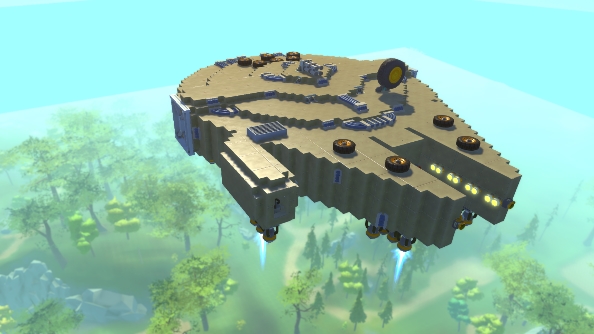 If there’s a creative mode in your game, you’d better believe that there’s someone out there recreating something from the Star Wars universe. The Millennium Falcon is a bit of a no-brainer, and thanks to its glide-like flying style it fits well with the game’s thrusters. Now, surely someone can make a Han Solo skin for the player character? 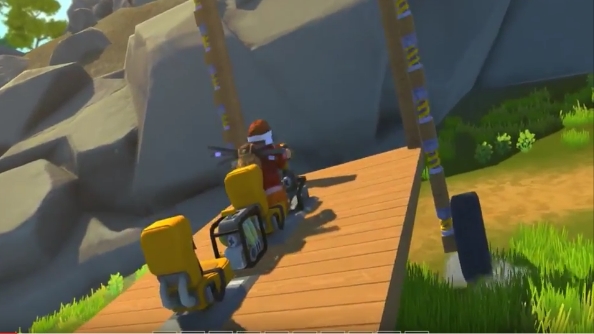 The Jelly Car may be the most inelegant design you’ve ever seen (it’s barely more than a plank of wood on wheels), but it fulfills its purpose with incredible efficiency. Those pylon-height suspension struts allow the car to bounce up and down with such freedom that climbing a sheer rock face is no trouble at all. And in Scrap Mechanic’s boulder-filled world, that’s a real asset. 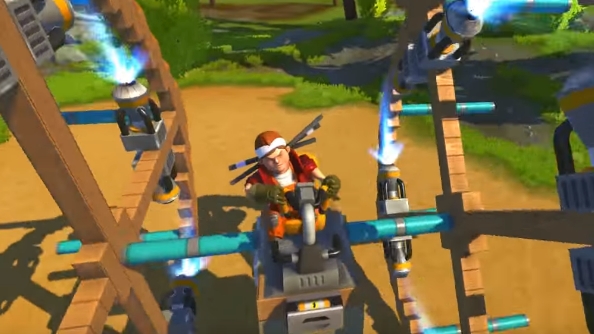 Sometimes the best feats of engineering are simply built because they can be, rather than because they should. There’s absolutely no need for this car that’s two huge wheels with a cockpit gyroscopically balanced between them, but where’s the joy in necessity? There’s plenty of fun in a giant-wheeled device that frequently tips over, though.

Flight. Always the envy of the ground-dwelling creatures, it’s easy to assume that taking to the skies is an incredibly difficult affair. This elegant little flying machine proves all it takes is a cluster of flame-spitting thrusters. The smoothness of movement on this creation is incredibly impressive, and apparently flying it is easier than eating a Snickers bar. 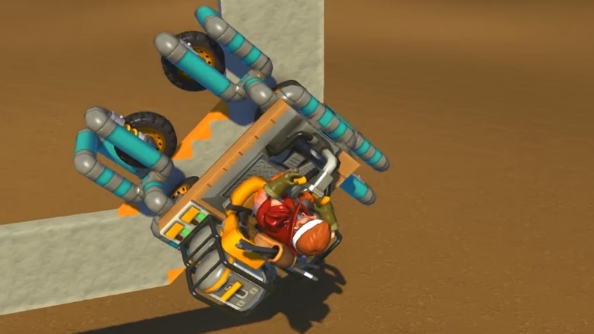 Scrap Mechanic’s engineer focus doesn’t mean it has to strictly adhere to the laws of real-world physics, and it’s a blatant breaking of those rules that makes this Spider-Car so impressive. Using the friction gained by rolling tyres up vertical surfaces to create grip, this impressive contraption can drive up walls and even around elevated corners before returning to ground level. Does whatever a spider can*, indeed.

*Spider-Car does not spin silk, nor consume bugs. 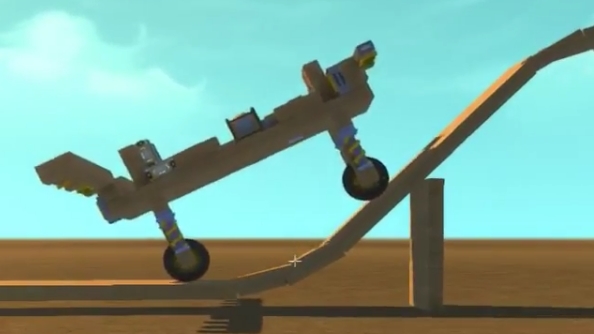 Automotive accomplishments are ten-a-penny in Scrap Mechanic. If you want to really impress, then you need something that gets the job done without human interference. That’s exactly what this Monorail can do. It follows single-track rails perfectly, and is completely unphased by twists, turns, or inclines. It’s the perfect solution for a public transport system in your Scrap Mechanic world. 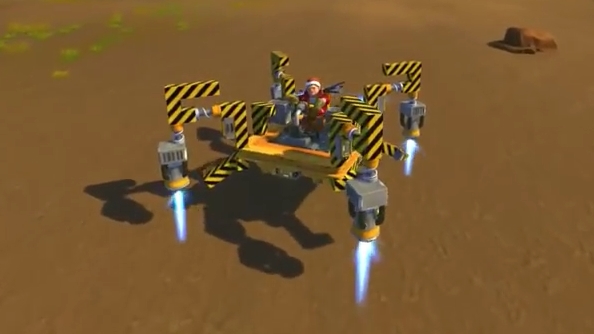 Hovering machines are a frequent find among the Scrap Mechanic community, and it’s easy to see why: they’re a bit of a challenge to get right, but when successfully in the air they’re a real hoot. None quite capture the thrill of hover transport like this contraption though, which zooms about like a mechanical Flash. It’s just asking for a F-Zero-like race circuit. 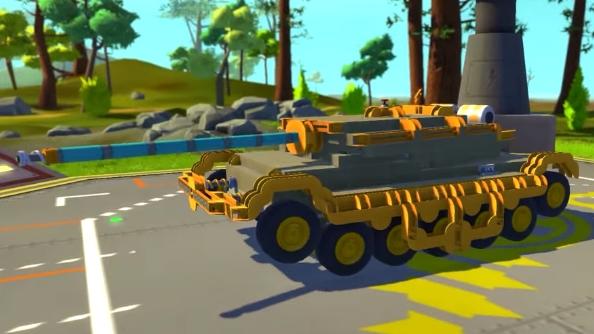 Attention to detail is everything, and you won’t find a more intricate creation on our list than this brilliant battle tank. Aside from being constructed to look perfect on the outside, this death machine is beautiful inside, too. Banks of switches operate the locking turret, and there’s even an internal lift for easy in/out access. As they say, it’s the little things that matter. The big gun is pretty cool, though. 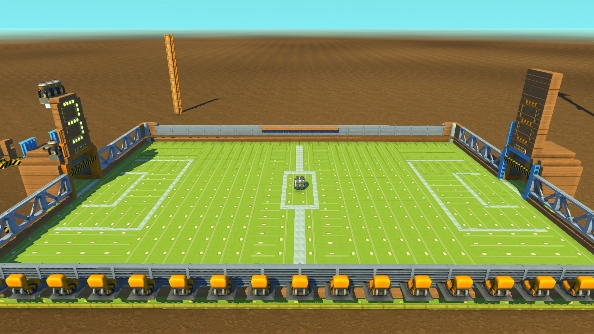 While any game that’s got a little bit of Lego in it is naturally prone to result in a lot of robots, cars, and spaceships, there’s always someone with a grander idea. This perfectly created football field is the ideal home for the beautiful game, and even has goals with digital displays that keep count of the score as the game goes on. Admittedly it’s a game where you strike the ball with a hammer rather than a foot, but let’s not get caught up in details.

Over in space-sim land, we’re all getting over excited by Star Citizen’s craft with their cool doors and automated ladders for pilots to climb. Thankfully you don’t have to use space-age carbon fibres and aluminiums for the same effect, as proved by the wooden passenger lifts on this hover transport. Combined with those smooth landing gear struts, this is a lovely mechanical marvel.

Those are our picks from the Scrap Mechanic community, but have you seen anything that beats our favourites? Perhaps you’ve even built something better yourself? Show off your choices in the comments.