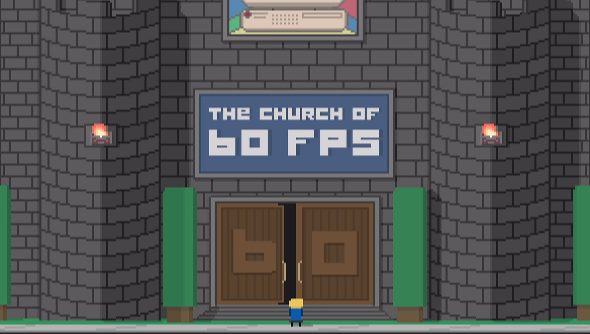 I’m not sure if, in the darkest parts of the internet, there is a competitive hacking league, but if there is, I doubt it’s anything like developer Austin Dixon’s Script Kiddies. It’s a server hacking game with a bit of tower defence, where two of the titular script kiddies race up and down ladders, mashing buttons on terminals, all in an effort to hack the servers before their opponent.

And it looks rather charming.

It’s exceedingly simple stuff, where speed is key to everything. Hacking a server only requires that the player enter a sequence of buttons, but if the other player enters them faster, then you’re a bit buggered, really.

Uploading a virus is how the servers are hacked, but that’s not instant. So another player can block the virus upload by sending one of their own.

“It quickly becomes a frantic button-masher mixed with quasi-tower defense as you not only have to be a better scripter than your opponent, but also a better manager,” says the developer. 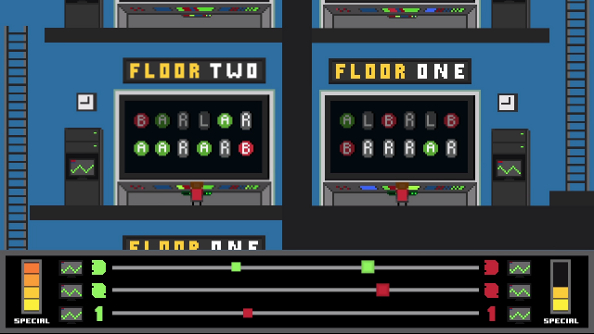 Characters have have special abilities that give them an edge in the battle of scripts. There are spam pop-ups to block opponents’ screens, extra-potent viruses and ones that can be uploaded quicker.

While it looks like it would be at its best when facing other players, there’s a story mode as well, described by the dev as being a bit like Punch Out for the NES.

Inspired by the gaming and programming culture the game celebrates, Dixon’s going to make a lot of it open source. “The game has many references to topics in the open-source and programming communities, nothing huge but little things that programmers and geeks alike will catch,” he says. “Learning to program has been a life-changing event for me, so it makes sense that I do something to give back to a community I benefit from everyday. So I’m making this promise: when Script Kiddies is released, I will also open-source the following: all my scripts, functions, sprites, backgrounds.”