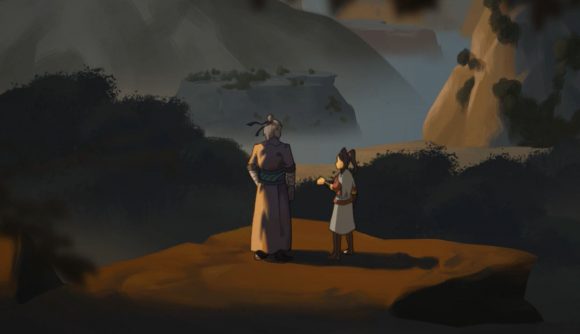 The second best-selling game on Steam is an early access indie game that isn’t available in English, reflecting the platform’s enormous rise in popularity among Chinese users. Scroll of Taiwu, which released yesterday, “is an indie game based on Chinese mythology and Wuxia tales,” and does not offer English language support across its interface, audio, or subtitles.

At time of writing, Scroll of Taiwu is second on Steam’s global best-sellers list, behind PlayerUnknown’s Battlegrounds. That puts it above pre-orders for Devil May Cry 5, as well as Shadow of the Tomb Raider. It’s also well ahead of the consistently-charting Grand Theft Auto V, and the popular early-access survival game Scum.

Scroll of Taiwu’s entire Steam page has an English translation, so you can check it out here. The page explains that the game draws from CRPGs, roguelikes, and management sims. You play as a “successor of Taiwu,” living your life while exploring a randomly-generated map. You can buy into the early access version of the game now, but if you’d prefer to wait for the full version, you might be hanging around a while, as developers ConchShip Games says the title won’t be complete for “at least 12 months.”

Earlier this year Valve and their Chinese partners, Perfect World, announced Steam China, which will offer Chinese users a new way to access Steam in the country (Steam currently exists in a legal ‘grey area’ in China). There’s no release date for Steam China just yet, but the platform has seen surging popularity, particularly since the release of PlayerUnknown’s Battlegrounds.

The skyrocketing growth of PUBG in China seems to have stopped. I wonder if it's because Tencent picked up the game, so the gamers are waiting for the local launch and/or hoping for a free-to-play version? pic.twitter.com/mzhkyabgm8

Whether Scroll of Taiwu manages to hold onto its second-place spot remains to be seen (although I don’t expect it’ll be unseating PUBG any time soon). For the record, the next game down the list to not offer English Language support is all the way down at 28, making Scroll of Taiwu’s achievement even more impressive. It’s not something that’s happened often in Steam’s history, but China’s rising influence could be felt more and more over the next few years.